The Canadian Press is reporting a source close to the briefing said factory will be located in Dundee, Mich. The plant there already produces the automaker’s four-cylinder engines.

New four cylinder engines would fit into the Fiat 500 subcompact the company plans on introducing to the North American market by 2012. The official announcement is expected to be made sometime today.

The Italian automaker owns 20 per cent of Chrysler after it took control of the company when it emerged from bankruptcy protection in the U.S.
- with files from The Canadian Press 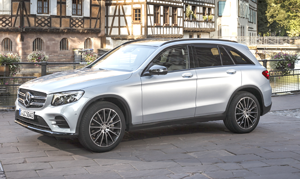 Mercedes-Benz looks for GLC to build on GLK success

August 10, 2015 The Premier Publications Team Comments Off on Mercedes-Benz looks for GLC to build on GLK success