Chrysler Group said it has told Prime Minister Harper and Ontario premier Kathleen Wynne it is withdrawing all requests for financial assistance in relation to the development of its two assembly plants in Windsor and Brampton, Ontario.

“It is clear to us that our projects are now being used as a political football, a process that, in our view, apart from being unnecessary and ill-advised, will ultimately not be to the benefit of Chrysler,” the company said in a release.

As a result, Chrysler said it would deal in an “unfettered fashion” with its strategic alternatives regarding product development and allocation. The automaker also noted it would fund out of its own resources whatever capital requirements the Canadian operations require.

The company had asked for roughly $700-million in public money to update operations at its minivan plant in Windsor and an assembly facility in Brampton. Chrysler said it would have been willing to spend as much as $3.6-billion.

Chrysler also confirmed its intention to begin to allocate the development and industrialization of the next “people carrier” architecture (the so-called next minivan and derivatives) to the Windsor plant.

“The Brampton facility will benefit from the substantial product intervention on both the Chrysler 300, and the Dodge family of products (Charger and Challenger) it currently produces. Some of these interventions will be in market as early as the second half of 2014,” the company said.

“These capital allocation decisions will be governed by and continuously monitored on the basis of a variety of considerations that determine the competitiveness of Canada first and foremost in a NAFTA context but also increasingly on a global basis.”

Chrysler said particular importance for this evaluation would be the outcome of its collective bargaining negotiations that will be carried out in 2016 with UNIFOR (the merged entity of the CAW and CEP).

“It is my sincere hope that all stakeholders involved commit to do what they can to preserve the competitiveness of the country, and in particular of the province of Ontario. We will do what we can to preserve and nurture the competitiveness of our operations, but we reserve the right, as is true for all global manufacturers, to reassess our position as conditions change.”

Marchionne added that on a personal note and as a Canadian he regrets his failure in having been unable to convey the highly competitive nature of markets that offer manufacturing opportunities to carmakers that operate on a global scale.

“Some of the shots across the bow following our initial approaches to the Federal and Provincial governments reveal, apart from political convenience, a somewhat restricted view of Canada as an industrial player in what has become a borderless economy. It is clear that we, at Chrysler, need to do more to explain ourselves and our choices going forward.” 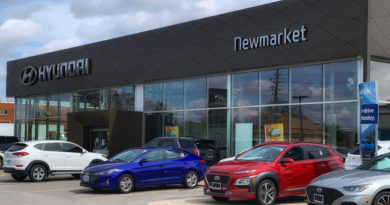 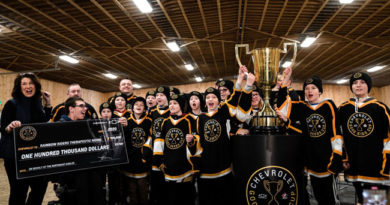 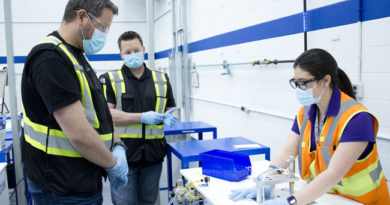 May 11, 2020 Tom Venetis Comments Off on GM Canada Update On Oshawa Mask Manufacturing