Many environmentally and fuel-conscious consumers are driving or considering the purchase of electric vehicles. In the long term, they can help reduce the owner’s carbon footprint and save money on the costs of gasoline.

In order to successfully market electric vehicles, manufacturers need to make sure they can compete with gasoline-powered vehicles when it comes to mileage. While there may not be an expectation of a full charge lasting as long as a full tank of fuel, the difference is expected to be reasonable. To do this, electric vehicles are designed to be as light as possible and come equipped with powerful rechargeable batteries.

Insurance companies need to consider the major risks of insuring these lightweight, electric vehicles and ensure that premiums reflect the potential risks associated with insuring them.

Compared to driving gas-powered vehicles, risk of injury can be higher and repairs and replacement parts can be very costly. Here are some of the lesser-known concerns associated with owning and driving electric vehicles.

Thermal Runaway
Lithium-ion batteries are used in electric vehicles because they offer the best mileage on a full charge compared with other rechargeable battery options. They are highly efficient in terms of energy stored relative to their weight, but they are also highly explosive.

If a lithium-ion battery is overheated or overcharged, it can experience a rupture and a failure called thermal runaway. Thermal runaway is a situation where increasing temperatures in the battery start releasing energy, which then generates heat and continues to increase the temperature of the battery.

This uncontrolled process sometimes results in combustion; lithium-ion batteries are especially susceptible to such a failure.

Fire on Impact
In 2013, there were three documented cases of the Tesla Model S catching fire following impact associated with lithium-ion batteries in electric vehicles. Among those, two were caused by the vehicle hitting or running over foreign objects or debris on the roads.

Tesla addressed the problem by adjusting the suspension and giving the car more road clearance at highway speeds thereby reducing the chance of hitting objects.

Tesla was also able to make the adjustment as an update to the software, saving it the cost of a recall; however risks from impact are still possible for these types of batteries.

Constantly ‘Running’
When an electric vehicle is parked, it is not de-energized. It is always on and ready to go, unlike gasoline-powered vehicles, which are shut down and disengaged within a few minutes of being turned off.

There is a risk posed by electric fault and electric malfunction in a vehicle that is always on and never really turned off.

Mass-produced cables that are not properly insulated or have exposed wiring from use or copper theft, standing water and damaged units all contribute to the potential for electric shock.

At-home charging stations also pose a risk if a qualified electrician has not installed them safely and correctly.

Risk of Collision Injuries
Due to the lightweight construction of electric vehicles, the risk of injury may be higher for drivers and passengers involved in a collision. In order to extend driving distance and battery life, electric vehicles are designed to be as light as possible.

The Insurance Institute of Highway Safety shows that tiny cars are no match for bigger cars. When two cars going the same speed crash front to front, the outcome depends in part on the cars’ relative weights. If the lighter car weighs half as much as the heavier car, the forces on its occupants will be twice as great.

Risk to Pedestrians
Electric vehicles are extremely quiet, and many drivers love this feature as it makes for a very peaceful driving experience. The downside of this feature is that it may pose injury risks to pedestrians, as the electric vehicle is mostly silent outside of the cabin as well, when in motion. Lacking the noise a gas-powered vehicle would be making, pedestrians can be unaware of the proximity or movement of an approaching electric vehicle unless it is in plain sight.

The National Highway Traffic Safety Administration (NHTSA) in the U.S. has cited statistics on electric vehicles posing twice the degree of accident and injury risk when stopping, starting, slowing down, backing up, and entering or exiting driveways. The NHTSA is considering the introduction of mandatory noise-emitting devices on all electric vehicles, in an effort to reduce accidents and injuries involving cyclists and pedestrians.

Battery Disposal Cost
When a battery-powered electric vehicle is involved in a collision, the battery needs to be removed, discharged, frozen and then destroyed. Getting rid of a large, lithium-ion battery can cost upwards of $30,000.00, which can impact the claims administration process when dealing with salvage.

Insurance companies need to be aware of the differences between gas-powered and electric vehicles, and consider the different risks associated with insuring them.

For the benefit of their policyholders, there is an obligation to stay current and educated on design and safety developments in this emerging market to reduce the risks of injury and litigation.

Chris K. Panasiewicz, M.Sc., P.Eng., CFEI, is a consulting forensic engineer who specializes in fire and explosions investigations and electrical engineering. He is qualified as an expert witness in the Ontario Superior Court of Justice and has investigated over 300 forensic incidents to date. He has over 10 years of fire and explosions experience. Contact him at (905) 712-4100 or cpanasiewicz@origin-and-cause.com. 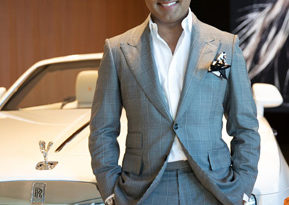