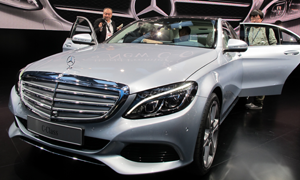 DETROIT, MICH. – European manufacturers hosted several world and North American premieres at this year’s auto show in Detroit. None perhaps was more significant than the unveiling of the 2015 Mercedes-Benz C-Class.

In terms of worldwide sales, the C-Class is arguably the most important vehicle the brand produces. Normally a reveal of this magnitude would be held at the Frankfurt or Geneva Motors Shows, but Detroit got the nod because the 2015 C-Class will now be built in the United States.

The C-Class is totally new with several safety assist systems borrowed from the S-Class and E-Class sedans, a new suspension that is optionally air-sprung, new and more efficient engines and weight savings of up to 100 kg over the outgoing model.

It is also larger with an 80 mm increase in the wheelbase compared with the previous model, 95 mm longer and 40 mm wider. The trunk has grown to 480 litres.

The interior boasts an innovative touchpad in the handrest over the controller on the centre tunnel. It is simple to use like a smartphone providing head-unit functions using finger gestures. The touchpad also permits letters, numbers and special characters to be entered in handwriting and in any language. The user receives clear haptic feedback when operating the touchpad's control surface, which is also highly conducive to genuine intuitive use.

When it arrives in Canada in the fall, we will initially get the C 300 4MATIC and C400 4MATIC versions.

Making its world debut in Detroit was the Porsche 911 Targa 4 and 911 Targa 4S featuring a roof panel that opens with a touch of a button and stows behind the rear seats. The original Targa models of the 1970s inspired the wraparound rear window.

Both are all-wheel-drive equipped with a wider track and body with the same Porsche Traction Management (PTM) found in all 911 all-wheel-drive models. The Targa 4 has a “boxer” 3.4-litre six-cylinder engine with 350 hp. Equipped with the optional Porsche Doppelkupplung (PDK) and Sport Chrono package, the 911 Targa 4 accelerates from 0-60 mph in 4.6 seconds and is capable of a top track speed of 174 mph (175 mph with the manual transmission).

Volkswagen calls its Beetle Dune Concept the Baja Bug for the 21st century. In a wild “Arizona” yellow-orange metallic paint job, it features the “Volkswagen Sideways” app, a program that proactively integrates POIs into the navigation system.

As an example, the touchscreen not only displays the types and numbers of restaurants nearby but also whether friends are there. Upon request, the navigation system can guide the driver and the Dune right to the restaurant.

Also on the VW stand, and making its North American debut, was the Golf R, the most powerful version ever built with more than 290 hp from its turbo engine and the latest version of the 4MOTION all-wheel-drive system with fifth-generation Haldex coupling.

Volvo came to Detroit with the Concept XC Coupe that rides on its new Scalable Product Architecture (SPA),

A new shape of the hood and a “floating” grille, flanked by headlights featuring new T-shaped DRL light guides, characterizes the face of the Volvo Concept XC Coupe. The rear light signature is also a distinctive element in the new design direction of Volvo Cars. 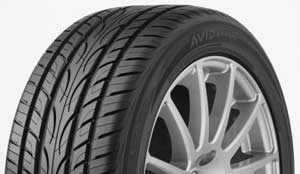