In a world gone SUV-mad, there were a few brands we thought would never dip a toe into the utilitarian segment.

But one-by-one, the mighty have fallen. Porsche’s top-two selling units by a country mile are Cayenne and Macan, F-Pace accounted for 66 per cent of the Jaguars sold in July in Canada and Maserati can’t make Levantes fast enough.

Alfa Romeo is banking on Stelvio to invigorate its volume aspirations in North America, Bentley is in the game with the Bentayga and, after having a Rolls-Royce executive chuckle at the very notion when I suggested it at an event in Arizona back in 2013, the ultra-luxury brand was spotted testing its soon-to-be released Cullinan SUV at the Nurburgring race circuit in late July.

Even Lamborghini, one of the most coveted and sexiest performance brands on earth will have its Urus in dealerships inside of 18 months.

Amid the SUV insanity, it seemed like there was one stalwart determined to hold out; one brand more interested in performance than profits.

But after an investor call in early August, it sounds like even Ferrari has consumed the Kool-Aid.

CEO Sergio Marchionne, who had previously insinuated Ferrari entering the utility segment would be tantamount to automotive heresy, said the automaker would now look at building a crossover.

Calling the opportunity and segment “too big” and “too inviting,” the Associated Press reported the Canadian-raised CEO noted any new model would be unique to the brand.

“And I think that we have a lot of our customers who will be more than willing to drive a Ferrari-branded vehicle that has that kind of utilitarian objective,” he added.

Marchionne, who also suggested he wanted to bring the Ferrari into other luxury goods lines, said additional details on future models and brand expansion would come during Q1 of next year.

– With files from The Associated Press

June 1, 2020 Tom Venetis Comments Off on Cox Automotive Forecast: U.S. Auto Sales Begin to Rebound in May as Markets Reopen 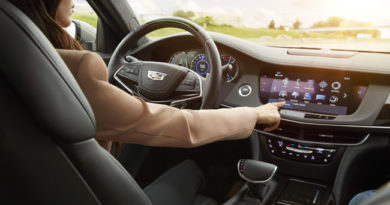 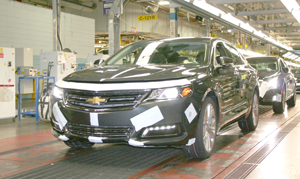