Full integration with the Chrysler Group and a diverged industrial business unit were two of the many foundations revealed yesterday with the unveiling of Fiat’s five-year business plan.

The ambitious plan, announced by CEO Sergio Marchionne in Italy, will see Fiat automobile operations – which counts Alfa Romeo, Lancia, Maserati, Chrysler and Ferrari among its stable of auto properties – remain under the fold of the original company while the industrial and marine units split.

Fiat Industrial produces and sells construction machinery, trucks and tractors and remains a profitable interest for the company. The company believes diverging interests will keep the auto sector light and limber.

“We can finish the [separation] project within six months,” an optimistic Marchionne told reporters yesterday.

Closer to home, Fiat’s plans for Chrysler’s domestic nameplates were a little less detailed. Marchionne said the Jeep brand would be marketed globally and that Dodge would stand alone as American brand focused on performance. 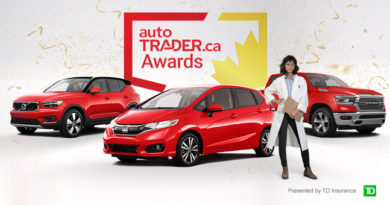