Mulally received $56.5 million in stock while Ford was paid $42.4 million in shares for the automaker’s turnaround.

“It is obscene for any individual executive to take home many tens of millions of dollars in personal compensation as a result of the performance of an entire large corporation,” Lewenza said in a release.

“It is this kind of individualistic greed and excess that contributed to the recent bubble collapse in the U.S. and the resulting global recession. Have we learned nothing from that experience?”

The inflated compensation packages are “particularly offensive” he notes, given the fact the company will close its St. Thomas, Ont. facility later this year and already have approximately 1,300 workers in Canada on lay-off.

“Autoworkers, and the communities in which they live, have experienced incredible loss, insecurity, and belt-tightening in recent years.  When Ford closes its St. Thomas plant later this year, another 1,300 hard-working families will be devastated.

“How Ford's board of directors can pay out $56.5 million to one individual, while this company is jeopardizing the future of thousands of Canadian families, is simply beyond me.”

The news of the compensation came in a filing from earlier this week. Mulally earned a little more than 3.8 million in shares worth more than $14 each. Analysts say this compensation comes after Mulally managed to turn the Ford ship around from the brink of Chapter 11 in 2009 to positive sales and profit just two years later.

So far the automaker has not officially addressed the issue of big bonuses, pointing out that “blue-collar” workers at Ford will each earn about $5,000 in bonuses this year. 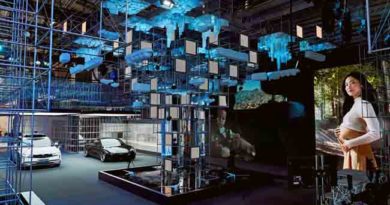