The Edge competes in the global utility segment, which grew 13 per cent year over year in 2013.

The automaker says Ford outperformed the segment with 35 per cent growth and more than 1.2 million vehicles sold worldwide while the Edge production surpassed its 1 million vehicle milestone last year.

The utility segment grew in markets outside North America 112 per cent in 2013 and is forecast to grow 30 per cent in 2014, with utility sales expected to total approximately 600,000 vehicles this year.

“The decision to produce the all-new global Edge in Canada is proof that
Canadian manufacturers can compete, and win, globally,” said Dianne Craig, president and CEO, Ford Motor Company of Canada, Ltd.

“We're ready to showcase Oakville Assembly's commitment to craftmanship and advanced manufacturing to deliver what our global customers want and value – a high-quality vehicle with class-leading design, fuel efficiency and performance.”

Joe Hinrichs, Ford president of The Americas, said “The Oakville facility will offer world-leading flexibility, enabling us to react quickly and efficiently to shifts in consumer demand here in North America and around the globe.” 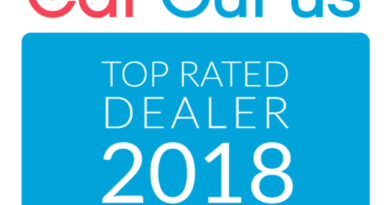 November 12, 2010 The Premier Publications Team Comments Off on Nissan recalls over 600,000 vehicles