As GM Design celebrates its 85th birthday this month, the 1,900 men and women in GM’s 10 global design centres are focused on the future, united in their vision to entice consumers to fall in love and see vehicles as they do: art that moves you.

GM was the first automobile manufacturer to single out automotive design.

On June 23, 1927, the executive committee of General Motors approved the creation of a new department to “study the question of art and colour combinations in General Motors products” and hired Harley Earl, a custom coach builder from Hollywood and the creator of the 1927 LaSalle, as its leader.

Earl’s entry into the auto industry doomed rival Henry Ford’s “the customer can have it any colour he wants as long as it is black” motto.

Among Earl’s numerous accomplishments are the development of concept cars; the yearly model changeover; the vehicle tailfins of the 1950s; the travelling Motorama auto shows and the development of the iconic Corvette. Earl also is credited with hiring the industry’s first female automotive designers.

Earl also was responsible for identifying architect Eero Saarinen to design the GM Technical Centercampus, which is on the National Register of Historic Places and recognized around the world for its mid-century architecture.

While other corporations have moved operations out of mid-century Modernist buildings or renovated them beyond recognition, GM and GM Design have balanced functionality and design esthetics, adapting to modern technologies and needs while maintaining and preserving an architectural masterpiece.

The iconic Design Dome, adjacent studios and administration building’s long life are a testament to architect Saarinen’s innovative and flexible plan, but also to the company’s commitment to good design.

In 2005, Welburn was named to the newly created position of GM vice president, Global Design, and the first to create and lead a network of the company’s Global Design Centers. Welburn is also a member of GM’s Executive Operations Committee. The Design Centers are located in the United States, Germany, Korea, China, Australia, Brazil and India. 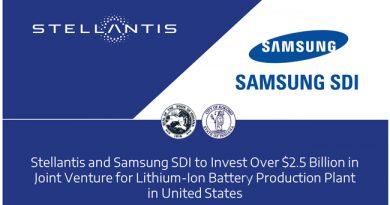 May 25, 2022 Tom Venetis Comments Off on Stellantis and Samsung SDI to in Joint Venture for Lithium-ion Battery Production Plant U.S.

November 30, 2010 The Premier Publications Team Comments Off on Toronto Hydro partners with smart on EV program 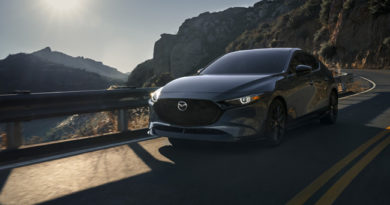 Canadians Given Glimpse of 2021 Mazda3 Turbo

August 5, 2020 Tom Venetis Comments Off on Canadians Given Glimpse of 2021 Mazda3 Turbo