OSHAWA, ONT. – General Motors is recalling 61,299 Chevrolet Cruzes in Canada for the 2011 and 2012 model years to modify the engine shield under the vehicle.

This change, the automaker said in a release on its website Friday, will help prevent any liquids from being trapped in the engine compartment, where a fire could start and spread.

In a separate safety recall, GM will inspect certain cars included in the first recall to assure all welds in the rear compartment were properly applied. Omitted or partially completed welds in up to 249 cars may affect the fuel tank strap secondary brackets attachment to the floor structure and a sub assembly to the rear floor pan.

There are no known crashes, injuries or fatalities related to either recall. Only Cruzes built in Lordstown, Ohio, and sold in the United States and Canada and several hundred exported to Israel are affected.

“The most important thing for our customers to know is that we are proactively working to assure the Cruze is the safe and durable car they purchased,” said GM vice president of global quality Alicia Boler-Davis. “We are sorry for any inconvenience caused by these actions.”

All Cruzes with manual and automatic transmissions built in the United States from September 2010 through May 2012 are included in the engine shield modification.

Improper engine oil change procedures on these vehicles can result in the spilling or dripping of oil. If oil contacts hot engine or exhaust system surfaces, and the engine shield, the shield may ignite and burn, resulting in a possible engine compartment fire.

In Cruzes with manual transmissions, continuing to drive with a completely worn clutch may cause hydraulic fluid to be expelled from the clutch housing vent hole. Under certain circumstances, the fluid could be burning as it exits the vent hole. If it contacts the engine shield, the shield may ignite and a fire may spread to the engine compartment.

The National Highway Traffic Safety Administration and Transport Canada opened a preliminary investigation in April of this year as a result of two engine compartment fires in 2011 model year Cruzes and later added the 2012 model year.

Modifying the engine shield will take about 30 minutes in a Chevrolet dealership service department and will be conducted free of charge. No parts are involved and customers are encouraged to make an appointment with their dealer at their earliest convenience. Owner letters will be mailed beginning mid-July. Inspection for the possible missing welds takes only a few minutes. In confirmed cases, the repair would take about three hours. 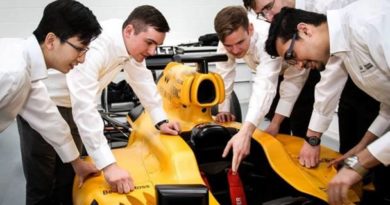 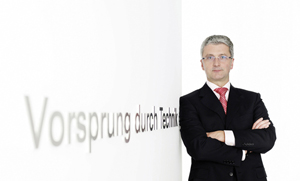 December 28, 2009 The Premier Publications Team Comments Off on Huge investment announced by Audi

December 4, 2015 The Premier Publications Team Comments Off on Modest sales growth expected for 2016