The resurgence of the automaker, Williams said in release, meant a $425 million for expansion of the southern Ontario city’s powertrain facility, which will expand to produce fuel-efficient six-speed transmissions beginning early 2010.

The automaker said this is the second piece of good news for St. Catharines, which earlier received word that the automaker was investing $235 million for “next generation” engine production starting in 2013.

In all, that means 800 workers would keep on bringing home GM Canada paycheques.

On hand to hear the good news on June 1 were federal Ministry of Industry Tony Clement, and local MPP Jim Bradley, minister of municipal affairs.

The automaker said the plant would supply transmissions to the CAMI auto plant in Ingersoll, Ont., and GM’s Oshawa plant. Williams went on to credit the $10.5 billion rescue funding from the federal and provincial governments for the automaker’s resurgence.

The Toronto Star reported the Canadian Auto Workers union had made changes in job duties and practices to lower costs, making the investment more attractive. The federal and provincial said that in return for the commitment, they would not force the automaker to meet early repayment obligations for missing job pledges in return for $425 million loaned it to finance GM Canada’s 2005 Beacon Project. The expansion plan was originally disclosed in 2008. 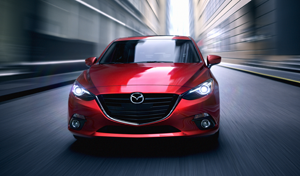