But the payment does not stop at the border, as the automaker confirms it will be handing over $4.7 billion to the U.S. government.

The $5.8 billion total is the latest debt repayment to the governments that helped bail out the struggling automaker roughly a year ago and comes months ahead of schedule.

News reports indicate GM chairman and CEO Edward Whitacre Jr. will announce the payments later today at an event in Kansas.
- with files from Automotive News

February 27, 2013 The Premier Publications Team Comments Off on Nissan looks to shake up commercial sales segment 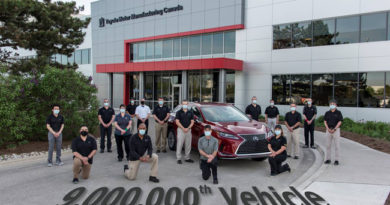 June 3, 2020 Tom Venetis Comments Off on Toyota Motor Manufacturing Canada Celebrates as its Nine-Millionth Vehicle Rolls Off the Line in Southern Ontario