Honda Canada has announced that it will recall some 284,000 model year 1996 through 2003 Acura and Honda automobiles in Canada, to inspect and, if needed, replace certain Takata non-azide driver’s front airbag inflators (NADI), free of charge.

In November 2019, Takata submitted a defect information report (DIR) to the National Highway Traffic Safety Administration (NHTSA) in the United States, related to NADI inflators installed in multiple automakers’ vehicles. NADI inflators predate and are different from Takata non-desiccated inflators that were included in earlier airbag inflator recalls. Affected NADI inflators may have been manufactured without appropriate seals thereby allowing air and moisture to leak into the inflators over an extended period of time, causing degradation of the inflator propellant. If a recalled NADI inflator-equipped airbag with degraded propellant deploys during a crash, it may deploy too slowly or, in very rare cases, too forcefully, rupturing or exploding and throwing metal pieces of the inflator toward vehicle occupants. Either scenario could contribute to occupant injuries.

Honda is aware of one field rupture of a NADI inflator in a Honda vehicle globally. That crash, involving a 1997 Honda Civic in Texas, resulted in an injury to the driver of the vehicle. Honda promptly notified NHTSA and Takata after receiving notice of the crash in July 2016, more than three years after the 2012 event. Takata began its own investigation into the root cause, culminating in their November 2019 DIR. Honda Canada notified Transport Canada on Friday January 17th in regards to this information.

Initial mailed notification to owners of recalled vehicles will begin in March 2020 with a second notice planned when replacement parts become available. Additionally, owners of the vehicle models listed below can determine if their vehicles will require recall service by going to www.honda.ca/recalls or by calling 1-877-445-7754 for Honda automobiles or www.acura.ca/recalls or by calling 1-877-445-9844 for Acura automobiles. 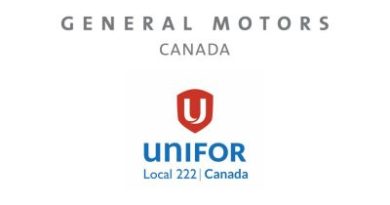 February 1, 2011 The Premier Publications Team Comments Off on Kia makes it 25 straight months of growth