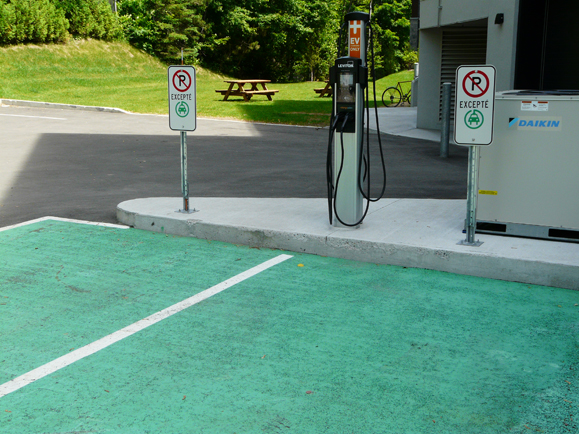 Hydro-Québec announced that AddEnergie has won a call for proposals to supply 50 kW fast-charging stations for the Electric Circuit, continuing its participation in the development of the first public charging network for electric vehicles in Quebec.

Since 2013, AddEnergie has provided the Electric Circuit with nearly 1,500 charging stations, as well as contributing to network operations through its support teams and network management software.

“We are honoured that Hydro-Québec once again chooses to trust AddEnergie. The award of this new contract demonstrates our ability to meet the needs of electric utilities and work with them for the deployment of large scale charging infrastructure. We hope that Hydro-Québec will continue to inspire other organizations to invest in the electrification of transportation, and we will be ready to offer them our support and expertise,” said Louis Tremblay, president and chief executive officer of AddEnergie.

Over the past year, AddEnergie’s technology has enabled the roll-out of the eCharge Network, a provincial network operated by NB Power in New Brunswick. AddEnergie has also worked with ATCO (Alberta), Nova Scotia Power (Nova Scotia), Fortis BC (British Columbia), BC Hydro (British Columbia), Hydro Ottawa (Ontario) and Green Mountain Power (Vermont), among others, on various public, private and residential charging infrastructure projects. The company also operates its own charging network, FLO, which is present throughout Canada.

As part of this new expansion phase of the Electric Circuit, AddEnergie will adapt its network management platform to integrate the stations of another provider of electric vehicle charging infrastructure selected by Hydro-Québec. This integration will use the Open Charge Point Protocol (OCPP), an open protocol allowing the management of stations of various manufacturers under the same charging network.

BMW distances itself from the VW scandal

September 25, 2015 The Premier Publications Team Comments Off on BMW distances itself from the VW scandal