Hyundai is redefining its communications in Canada by releasing a catalogue of all-new marketing communications, drawing on cultural elements from its dual national identity – South Korea and Canada. Hyundai Auto Canada’s new platform is “We make WAH” with continued emphasis on the Korean expression – “WAH” (와). The phrase “WAH” similar to “Wow” in English will be prevalent in every single customer touchpoint to encapsulate the excitement, pleasure and enjoyment Hyundai strives to impart on every customer’s ownership experience.

As part of this new Canadian-Korean communications platform, Hyundai Auto Canada announced it will apply the additional title of “Official Electric Vehicle of the NHL and NHLPA” to its vehicle partnership with the National Hockey League (NHL) and the National Hockey League Players’ Association (NHLPA), marking the first time an automotive partner has made the “electric vehicle” distinction in its affiliation tagline.

“The combination of ‘WAH’ and our partnership with the NHL and NHLPA will revitalize our marketing activities, while setting a new tone for not only our identity, but how we approach the business,” says Christine Smith, director of marketing at Hyundai Auto Canada. “Ahead of any project or major decision, we need to ask ourselves, ‘Are we delivering WAH in this moment? Are we surprising with joy?’ To the latter point, the partnership with the NHL and NHLPA provides the perfect way to bring joy to our customers, leveraging players and opportunities to grow the sport in Canada, and on the dealer level to engage directly with customers.”

In homage to its South Korean roots, Hyundai Auto Canada will apply the Korean phrase, “WAH,” to all elements of marketing communications, unifying its diverse lineup of electric vehicles, hybrids, and ICE models. “WAH” and the Korean character, 와, will be present in every touchpoint for Hyundai in Canada, including: social media, digital, print, cinema, events, out of home and point of purchase advertising.

“In Korean, ‘WAH’ is a single syllable that captures positive emotion in a broad sense. Its versatility allows it to apply to individual experiences for our customers, and shared moments for our entire network of dealers and team members,” says June (Jun Hyung) Lim, public relations and marketing executive coordinator, Hyundai Motor North America. “‘WAH’ in the context of Hyundai is genuine, it is what drives us to inspire, impress and excite our customers. When I think of ‘WAH’ the Korean definition for me is, to surprise with joy.” 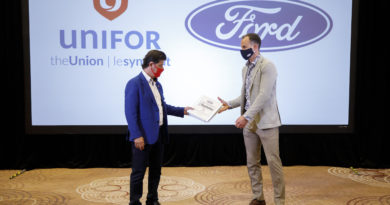 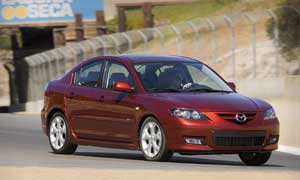