Hyundai Canada today announced its best ever October sales in Canada, marking the brand’s third consecutive month of record sales. A total of 12,239 units were sold in October, a five per cent increase compared to the same month last year.

“Hyundai is leading the charge by continuing to increase our sales volume and showing improvements in market share each month,” said Ken Maisonville, director of national sales at Hyundai Canada. “We are starting off the fourth quarter stronger than ever and we will continue this momentum as we move towards the end of the year. We are looking forward to the exciting, all-new 2021 Elantra that is beginning to reach dealers now, as well as our enhanced Santa Fe that will arrive in December.”

The all-new Sonata continues to perform well in a declining segment with October sales of 254 units, a 97 per cent increase compared to pre-pandemic levels in 2019.

Kona EV and Ioniq have continued to remain popular among consumers as the growing demand for electric vehicles increases. Both vehicles recorded significant increases this month at 508 per cent and 167 per cent respectively.

Palisade saw a 32 per cent increase in October compared to 2019 with 800 units sold. Venue also performed well this month, selling a total of 1,023 units.

Unrepentant former firebomber will not be selling cars in Ontario

January 25, 2016 Jackson Hayes Comments Off on Unrepentant former firebomber will not be selling cars in Ontario 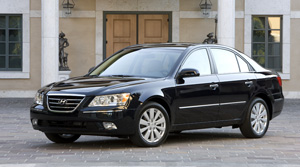