Analysts are suggesting the procedural errors that lead to incorrect fuel consumption ratings for a number of Hyundai and Kia models will cost the companies tens of millions.

The Canadian heads of both brands addressed the media via teleconference last Friday to announce they planed to correct the fuel consumption ratings for approximately 172,000 vehicles sold between 2010 and 2012.

“I sincerely apologize to all affected Hyundai and Kia customers, and I regret these errors occurred,” W. C. Yang, chief technology officer said in a statement.

“Following up on the EPA’s (Environmental Protection Agency) audit results, we have taken immediate action to make the necessary rating changes and process corrections.”

The U.S. EPA certification is accepted by Environment Canada for auto imports into Canada.

Both companies have developed a reimbursement program for affected current and former vehicle owners to cover the additional fuel costs associated with the fuel consumption rating change.

Customers will receive a pre-paid credit card that will reimburse them for their difference in the combined fuel consumption rating, based on the average fuel price in their region and their own actual kilometres driven.

In addition, in what was termed “an acknowledgement of the inconvenience,” both companies are adding an extra 15 per cent to the reimbursement amount.

Current owners will be able to refill their pre-paid credit card at any time for as long as they own the vehicle. Prior owners of affected vehicles who have already sold their cars will also be reimbursed using the same formula.

Despite the quick response, several lawsuits have already been launched in U.S. and Canadian courts. A class action lawsuit against Hyundai has been filed by London, Ont. firm Siskinds LLP.

Canadians who bought a Hyundai or Kia automobile between 2010 and 2013 aren't getting the fuel efficiency numbers they were promised, it said in a statement.

“Hyundai and Kia spent a lot of time and money selling Canadians a very compelling story, capitalizing on public concern over rising fuel costs and the environment.  Unfortunately, that story was fiction,” said Matthew Baer, a lawyer with Siskinds LLP.

“We have filed a class action lawsuit on behalf of these owners because we feel Hyundai and Kia should be obligated to tell the truth.  They need to explain to Canadians what the real numbers are, and how long they've been aware of those real numbers.  How long have Canadians been lied to?” 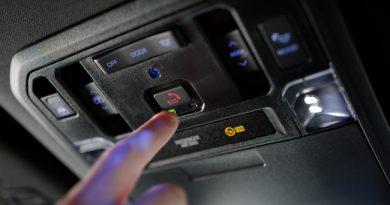