A graduate of the Canadian Automotive Institute program at Georgian College, Saint-Pierre also possesses a Bachelor Degree of Business Administration from Northwood University in Michigan.

“With him, he brings a wealth of experience, including a successful 14-year career at Volkswagen Canada and Volkswagen of America where he most recently held positions in public relations, product planning and sales,” the company said in a release.

“We are pleased to welcome Patrick to our team,” said Robert Staffieri, director of marketing at Kia Canada Inc. “He is a great addition to Kia Canada and will play an important role in continuing to grow the brand.”

In his new functions, Saint-Pierre will be responsible for the further building and heightening of the Kia Brand in Canada through media activities.

Saint-Pierre is taking over the position from Jack Sulymka, who has assumed additional responsibilities. In his new role, Saint-Pierre will report directly to Jack Sulymka.

Employee engagement is declining. Here’s why it’s worth your time

August 9, 2017 Jackson Hayes Comments Off on Employee engagement is declining. Here’s why it’s worth your time 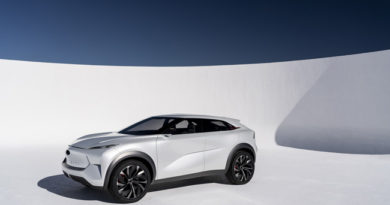