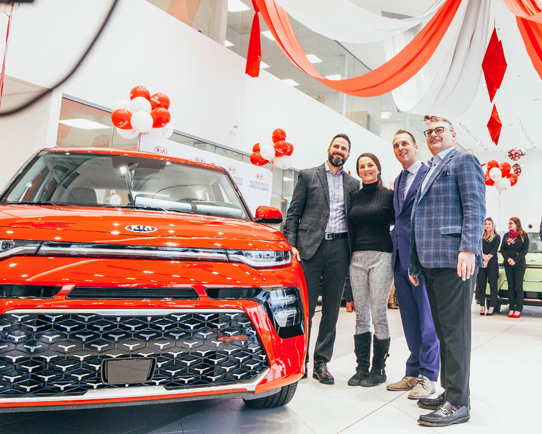 Kia’s 20-year anniversary in Canada ended on a high note as it celebrated its 1 millionth vehicle sold in Canada at Kia Sherbrooke in Quebec.

Kia launched its operations in Canada in 1999, with only 43 dealers and two models – Sportage and Sephia – and sold 1,417 units in its first year.

The Kia brand has experienced exceptional growth over its 20 year history with 11 award-winning vehicles and a network of 194 dealerships, including 63 in Québec, and annual sales of approximately 76,000 vehicles in 2019. Now, a customer in Sherbrooke has become the proud owner of the iconic all-new 2020 Kia Soul marking the 1 millionth sale.

“Over the years, several of our models have received awards as we introduced new innovative vehicles to market,” said Elias El-Achhab, VP and COO, Kia Canada Inc. “At its original introduction the iconic Soul initiated a design trend in the industry and ten years later, in its third incarnation, it is the only one left. Our customers love it and we continue to attract new customers with this model. The most exciting part is that with the redesign we have been able to take the fully electric version up to a range of 383km on a single charge. As the only mass market OEM to offer two fully electric vehicles in our fleet (the smaller Niro crossover and the Soul), our vision now is to become a first-rate stakeholder in the automotive industry’s transformation to electrification.”

Kia’s rapid growth in Canada has been possible thanks to product investment, design, excellent customer service as well as product quality – and a committed dealer network. Designers, such as Peter Schreyer who joined Kia in 2006 and Quebecer Karim Habib in 2019, have been invaluable to the brand’s popularity. Finally, none of this would have been possible without the continued efforts and dedication of Kia Canada’s employees and the dealership staff.

“When Kia first arrived in Québec, I quickly believed in the brand’s potential. Today, I am very happy to be part of Kia Canada’s history and deliver the 1 millionth vehicle,” said Daniel Beaucage, owner of Kia Sherbrooke. He opened his dealership in 2001 and recently renovated it to the new Kia architectural image; the Red Cub concept.

June 3, 2014 The Premier Publications Team Comments Off on Executive shuffle at ADESA Canada 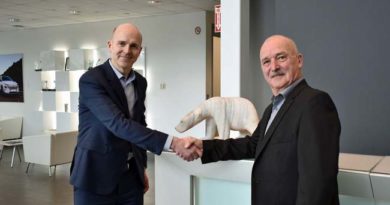 February 5, 2019 Tom Venetis Comments Off on The Annual Canadian Automotive Jury’s 2019 Best of the Best Announced