The facility – Kia’s sixth overseas – represents an investment by Kia and its suppliers of US$3 billion.

The ceremony, which took place in the plant’s assembly shop, was attended by notables from Mexico and Korea, including Mexico’s Secretary of the Economy, Ildefonso Guajardo Villareal, Kia Motors Corporation CEO Hyoung-Keun Lee and Mong-Koo Chung, chair of Hyundai Motor Group.

“The new plant here in Mexico represents the next step in Kia Motors’ ambition to become one of the world’s leading automakers,” said Chung.

“The innovative design and world-class quality possessed by the cars produced at the Kia Motors Mexico plant will be embraced by our valued customers not only here in Mexico but also in export-bound countries of Latin America and North America.”

Kia estimates the new plant will have an annual production capacity of 400,000 units, boosting the brand’s global manufacturing capacity to 3.56 million vehicles.

Production began in May 2016, with the Mexico plant supplying a new production base for the C-segment Kia Forte.

Beginning 2017, the plant will produce the all-new fourth generation B-segment Rio, which will have its world premiere on 29 September in Paris at the 2016 Mondial de l’Automobile.

In addition to supplying the local Mexican market, where Kia is targeting a five per cent market share by 2020, 80 per cent of the facility’s production is destined for numerous other countries in the region, including the U.S.A., Canada and other Latin American markets – where demand for Kia cars is expected to increase.

The automaker says the facility is currently operating on one shift producing around 100,000 cars per year, and can manufacture one car every 53 seconds (68 units per hour).

Kia expects the plant to be operating at full capacity of 400,000 units with three shifts by the end of 2018.

The new plant is a high-tech, integrated automotive production facility, with 420 robots automating the press, body and paint shops, as well as the assembly line.

Meanwhile, the automaker set up a new quality control centre to ensure that all vehicles are manufactured to the highest standards.

As the final stage in the production process involves advanced component quality assessment and evaluation, quality control is carried out in tandem with Kia’s suppliers, enabling all parties to benefit from any quality-related findings.

The centre will ensure continuous improvements to vehicle quality.

The site also includes a training center for assembly line workers where each employee receives a 15-day training period before working on the assembly line, with further opportunities for more advanced training in future. 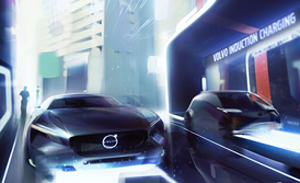 October 15, 2015 The Premier Publications Team Comments Off on Volvo to street EV by 2019 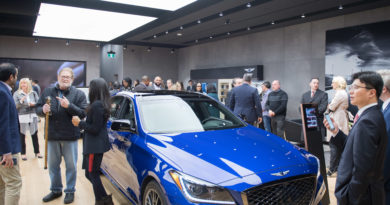