General Motors says Chris Liddell will leave the company next month after roughly a year as the vice chairman and chief financial officer.

Liddel, 52, joined the automaker in January, 2010 to lead the company’s financial and accounting operations on a global basis ahead of the initial public offering.

“Chris was a major contributor during a pivotal time in the company’s history,” said Dan Akerson, GM chairman and CEO in a release today.

“He guided the company’s IPO process and established a good financial foundation for the future.”

He will be succeeded by Dan Ammann, 38, current V-P of finance and treasurer. 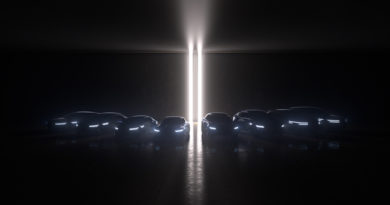 Genesis Reveals Plans For Electrification Of Its Vehicle Lineup

September 2, 2021 Tom Venetis Comments Off on Genesis Reveals Plans For Electrification Of Its Vehicle Lineup

Drive Clean fee to be eliminated in April

December 14, 2016 Jackson Hayes Comments Off on Drive Clean fee to be eliminated in April