Production of light vehicles is rising across North America, but Canada’s portion of the continental output total shrank during the first six months of 2012 due to the quicker pace of U.S. assembly growth.

General Motors’ growth (2.1 per cent YTD) underperformed the market while the closure of Ford’s St. Thomas, Ontario plant caused a significant production decline (down 27.7 per cent YTD) at that manufacturer.

With just 128,858 units built thus far in 2012, Ford’s production-to-sales ratio did not meet the 1:1 annual formula established under the now-defunct Auto Pact.

While the picture was largely positive in Canada, it still lagged behind the U.S. as light vehicle production ramped up more briskly (25.9 per cent YTD) with only Mitsubishi (down 40.5per cent YTD) showing a decline relative to the previous year.

The U.S. assembly sector received a much-needed boost from Japanese manufacturers recovering from supply and product-related difficulties; both Honda 70.4 per cent YTD) and Toyota (84.1 per cent YTD) achieved impressive gains in both light truck and passenger car output volumes.

May 12, 2020 Tom Venetis Comments Off on FCA Employee Health and Safety A Priority It Prepares to Restart North American Production 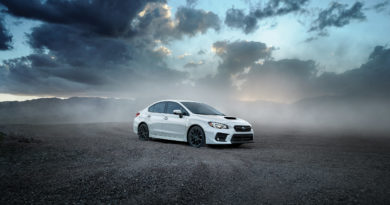