Marc Engelen has been appointed the new president and CEO of Volvo Cars of Canada Corp., succeeding Jeff Pugliese.

Engelen has enjoyed a successful career with Volvo Cars, serving as regional CFO for Volvo Cars Germany and Central Europe from 1996-2003; president of Volvo Belgium and Luxemburg from 2003-2007; and brand, business and product strategy director at Volvo Car Corporation from 2007-2009.

He will leave his current role as V-P of price, volume and product strategy with Volvo Car Corporation in Göteborg, Sweden, to head the Canadian office as of July 1.

“I am committed to improve and grow the Volvo business in Canada in terms of customer loyalty and satisfaction, segment share and customer service penetration.” Engelen says. “Having lived in Sweden for the last five years, I recognize the similarities between these two cultures and see great potential here as a second home market overseas.”

Pugliese, who headed the Canadian operation for four years, is set to return to Volvo Cars of North America to head up the commercial sales division.

“I would like to thank the Canadian community, retailers and my dedicated staff for their support and confidence over the last four years,” Pugliese says. 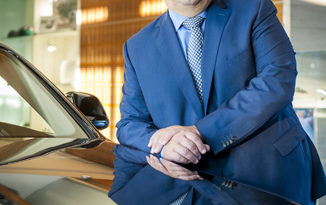