The all-new 2014 Mazda6 will be the next vehicle sporting the automaker’s SKYACTIV technology.

Announced during the New York International Auto Show in early April, the Mazda6 is following successful SKYACTIV launches on both a redesigned Mazda3 and the all-new CX-5 compact SUV.

“With SKYACTIV Technology and the SKYACTIV-G 2.0-liter gasoline engine, Mazda has showcased that improving engine and vehicle efficiencies can still produce a dynamic-performing driving machine, as evidenced by the 2012 Mazda3 and 2013 CX-5,” said Mazda Canada president Don Romano.

For North America, the 2014 Mazda6 will feature a SKYACTIV-G gasoline engine and be available with two transmissions, the SKYACTIV-MT six-speed manual and SKYACTIV-Drive six-speed automatic.

Best-in-class fuel economy also is targeted, as was achieved on the CX-5 compact crossover SUV.

Final specifications and pricing will be announced closer to the vehicle’s sale date. The global lineup of the all-new Mazda6 is expected to make its world debut at the upcoming 2012 Paris Motor Show in late September.

Company reps said the production model will be “strongly influenced” by the Takeri concept. It is expected to be released for sale during the first quarter of 2013.

Taking the Stinger out of winter testing

February 21, 2017 Jackson Hayes Comments Off on Taking the Stinger out of winter testing 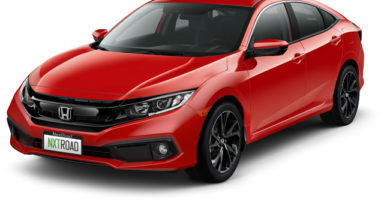