The Motor Dealers Association of Alberta (MDA) has announced the recipients of the 2018 Alberta Dealer of Excellence awards: Bruce Kirkland (Lexus of Edmonton) and Charles Longmate (Windsor Ford, Grande Prairie) in the metro and non-metro categories respectively.

Their automotive career paths were completely different — Longmate was born into the business and started out washing cars while Kirkland had management experience but no automotive background before being hired as the dealership’s general manager. What these award winners do have in common are a passion for the business and an appreciation of the people they work with and serve.

“Bruce and Charles have achieved success by demonstrating exceptional commitment to their customers, staff, industry and communities in which they do business. They are fine examples of the many excellent auto dealers we are fortunate to have as members,” said Denis Ducharme, MDA president.

After working in the education field, he started and built businesses in the property tax and storage industries. In 2004, Kirkland was hired as general manager of Lexus of Edmonton by founder Herb Anton who told him, “Bruce, it is no different from other industries: you build it. It is about the people, never forget it.”

Kirkland heeded this advice, overseeing the build of the first free-standing Lexus dealership in Alberta and four subsequent major expansions, including a separate luxury pre-owned vehicle centre. The dealership has earned Lexus’s Pursuit of Excellence Award every year since it opened its doors in 2005.

These achievements are a testament to the dealership’s now 130 employees, said Kirkland: “It is the team that makes your store successful. Anyone can have a nice building; it’s the people inside that count.”

Kirkland also believes in giving back to the community; Lexus of Edmonton contributes to several charities and was recognized for its significant support of Edmonton’s arts community with the 2011 Mayor’s Award.

“I always wanted to be in the car business just like my father, Les Longmate, for as long as I can remember,” said Charles Longmate.

In 1989, he realized his dream when he took the helm of the family’s dealership, having worked his way up through the ranks from his first job washing the vehicles. “I learned a lot of things from my father, but the one thing that stands out is that he told me that your employees are your greatest asset, so get the best ones you can.”

This strategy along with a firm belief of “treat every customer and employee the way you would like to be treated,” has proven to be a recipe for success. The dealership is the number one Ford dealer in its market and has earned Ford Motor Company’s President’s Award 33 times and President’s Diamond Award three times, as well as being named the City of Grande Prairie’s Entrepreneur of the Century.

The MDA awards the Dealer of Excellence annually to one metro dealer from Calgary or Edmonton and one non-metro dealer from the rest of the province. The award criteria are business acumen, community involvement and association/industry involvement. The award candidates are nominated by their peers and the applications are examined by a panel of past award recipients who select the winners.

“There are a lot of outstanding dealers in Alberta. To be selected as one for this award is an honour and a humbling experience,” said Longmate.

Kirkland concurred, “Acknowledgement from my peers for our team’s accomplishments is what makes it the most special.” 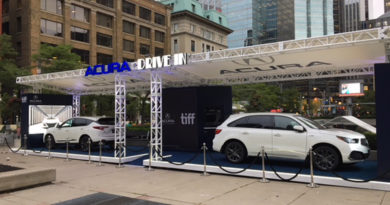 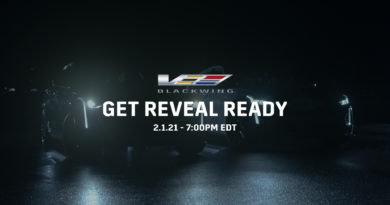 January 7, 2021 Tom Venetis Comments Off on Cadillac to Reveal V-Series Blackwings on February 1