Mercedes-Benz Special Trucks Division in Germany announced today that they have formed a partnership with Armatec of London, Ontario to bid on the Department of National Defence’s (DND) Medium Support Vehicle System (MSVS) Project.

If the Mercedes-Benz and Armatec partnership is awarded the tender, the cab and chassis would be manufactured in Germany by Mercedes-Benz Special Trucks, who would also work on the project management and also lend logistical and engineering support for this project in collaboration with Mercedes-Benz Canada.

If Mercedes-Benz is chosen as the successful bidder, Armatec’s partnering role would be to install several body components required by DND to the Mercedes-Benz cab and chassis. Armatec will be responsible to source these components, engineer and manufacture them as per Mercedes-Benz specifications as well as provide overall subsequent system integration and logistics support

Armatec was founded in 1997 and provides the Canadian Forces and allied militaries with “fully inclusive survivability solutions” for both wheeled and tracked vehicles. 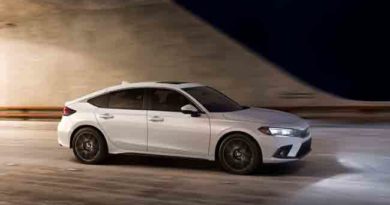 September 20, 2021 Tom Venetis Comments Off on 2022 Civic Hatchback Coming to Dealerships in October