The 3,300-square metre building located in Burnaby, B.C, represents a major development on the road to a more sustainable future, the company says, noting it will play in the commercialization of fuel cell technology.  The graduated testing and commissioning phase at the state-of-the-art facility is already well underway, and the first automated fuel cell stack was produced earlier this month.

Following the optimization of processes, it is expected that full-series production will commence shortly. In addition, another important parallel mandate of the new location will be continued research that is focused on the development of future generations of fuel cell stacks.  The decision to locate the manufacturing plant in Burnaby, B.C., was announced last year to ensure close proximity to the fuel cell stack development at Automotive Fuel Cell Cooperation (AFCC) and the industrial fuel cell cluster located in the Greater Vancouver Area.

This concentration has developed due to the numerous related companies and the significant activities in the field of fuel cell technology at the various institutes and universities, creating a positive technological environment and the required infrastructure necessary for the further development of fuel cell stacks.  “We are delighted that Mercedes-Benz has chosen British Columbia as its new home for fuel cell production. Their investment means jobs for B.C. families and potential for growth in our fuel cell development sector,” said Pat Bell, minister of jobs, tourism and innovation.

“Fuel cells will one day power cars around the world, and B.C.’s world-class innovators are going to work with Mercedes-Benz to achieve that vision.”  Daimler has been a worldwide pioneer in the field of fuel cells from the very beginning. 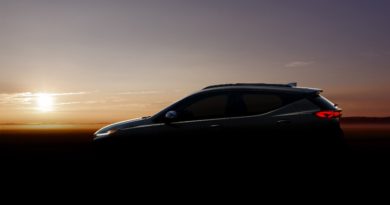 General Motors Plans To Be Carbon Neutral By 2040

January 28, 2021 Tom Venetis Comments Off on General Motors Plans To Be Carbon Neutral By 2040