General Motors Co.’s new chief financial officer knows a thing or two about dollars and cents. Christopher Liddell, who was just named the automakers new CFO, held the same position with computer giant Microsoft Corp. for the past four years.

GM says the move outside the auto industry will “bring depth and experience” to the position. Liddell, who had worked as Microsoft CFO since May 2005, will be tasked with leading the auto giant out of a deep economic hole.

It had been announced in late November that Liddell was leaving the computer firm as of Dec. 31, 2009.

GM’s current CFO Ray Young is being transferred to China.

Prior to joining Microsoft, Liddell was CFO at International Paper Co., the world's largest forest products company, with similar responsibilities. Prior to that, he was Chief Executive Officer of Carter Holt Harvey Ltd., then New Zealand's second-largest listed company. He also has worked as an investment banker as Managing Director and joint CEO for CS First Boston NZ Ltd.

Liddell holds an Engineering Degree with honors from the University of Auckland, New Zealand and a Master of Philosophy degree from Oxford University in England.

He has served as director of the New Zealand Rugby Union, governor of the New Zealand Sports Foundation and chairman of Project Crimson, one of New Zealand's leading environmental protection groups. He is a distinguished alumnus of the University of Auckland. Liddell was a member of the Securities and Exchange Commission's Advisory Committee on Improvements to Financial Reporting. 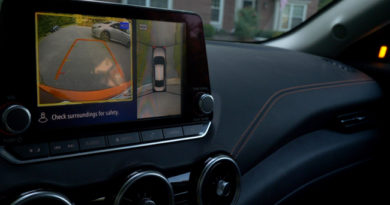