FCA Canada confirmed that its Unifor-represented workforce has ratified a new three-year agreement that builds on the company’s commitment to grow its Canadian manufacturing operations by providing total investments of up to $1.58 billion and creating 2,000 new jobs.

“FCA has maintained a strong footprint in Canada for nearly a century. Over the last decade, we have invested over $4 billion in our Canadian manufacturing facilities, more than any other OEM in the country and it is our intention to maintain this leadership,” said Mark Stewart, chief operating officer, FCA North America. “This agreement bolsters our global competitiveness and positions us for future growth with new product investment and new jobs, while also demonstrating our commitment to our employees, their families and the communities we represent.”

Working in collaboration with Unifor as well as both the Federal and Provincial governments, the FCA Canada has committed to install a new multi-energy vehicle architecture (including Plug-In Hybrid Electric (PHEV) and Battery Electric (BEV) vehicle capability) and at least one new model on that architecture at its Windsor Assembly Plant. The value of this investment ranges from $1.35 billion to $1.50 billion.

Additional investments include $50 million for Brampton Assembly, which will introduce three new variants of the popular Dodge Charger and Dodge Challenger muscle cars, in addition to continuing production of the Chrysler 300. The Etobicoke Casting Plant will receive two new products with an investment of $14.4 million, which includes a workforce increase of 22 per cent. FCA’s transport operation (FCAT) also will receive $14.3 million in equipment upgrades.

The new agreement follows the previously established pattern on economics and benefits.

FCA Canada continues to employ more people and build more vehicles than any of the domestic three automakers.  The new agreement covers more than 8,400 Unifor-represented manufacturing employees across the country. 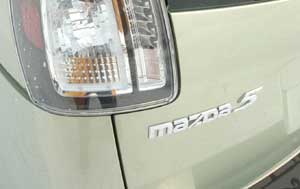 August 10, 2010 The Premier Publications Team Comments Off on Mazda5 gets Consumer Reports highest score among minivans