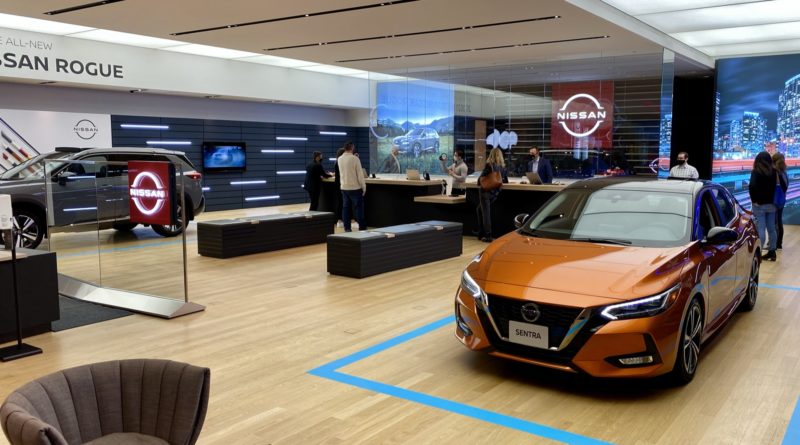 Nissan Brand Ambassador, Caitlin O’Connor, has been on duty at the Nissan Studio since Dec. 1 of last year when the studio opened in the Yorkdale Mall.

Nissan Canada chose the location to showcase the début of the 2021 Rogue. But O’Connor found herself fielding a wide spectrum of calls, not only about the two vehicles – the Rogue and the 2020 Sentra – that are on display in the pop-up, but about Nissan’s entire lineup.

She marvelled at the volume of calls in such a short time. O’Connor soon got proof as to how central the Studio had become to not only the car shopper’s experience but to Nissan owners as well.

“The other day – Dec. 8 – I got a call from someone whose car had just driven into a ditch. She called Nissan.ca to get help, hit the online help button and the first thing that popped up was us.

“We helped her immediately. She didn’t have to search for anything.”

O’Connor then texted the driver Nissan’s roadside assistance number in case she needed help in the future.

The Studio had been calling the Yorkdale Mall home since January.

Had it not been for COVID, shoppers at the mall would have been able to browse the Rogue and Sentra. But the Mall has been on lockdown since the end of November, open only to stores offering essential services.

While the pop-up is closed, O’Connor and her colleagues still do their digital work there. Occasionally, someone raps at the studio door.

“People can see us at work and they want to know what’s going on and so we tell them to go online.”

She looks forward to the day when the studio will be open to shoppers, so they can take them on a physical tour of the vehicles there.

A day’s work at the studio

In the meantime, visitors can explore the 2021 Rogue and the 2020 Sentra features, accessories, etc., by scheduling a virtual one-on-one demonstration or group tour.

The brand ambassadors are on the floor 12 hours a day, five days a week, taking calls and broadcasts.

O’Connor said, “They get a tour of the vehicle. And it’s immersive and personalized. It’s what they want. Maybe they want to know about the styling, the dashboard display on the Rogue. We can customize their experience.”

Or they can join a live group tour broadcast available in French or English at select times three time a day, seven days a week.

O’Connor sees the benefits of the tours first hand. “The trunk capacity of a vehicle doesn’t mean much when you say it in, litres. But we can fit two hockey bags or two golf bags into the trunk to show them.

“That’s where we come in,” she added proudly.

She recalled a tour with a woman who had two children, one 6’ tall and the other 6’2”. The shopper wondered whether there would be enough leg and head room for her kids in the Rogue.

“We jump into the back seat of the Rogue and show them there’s tons of room there.”

If there’s a feature they are interested in, the brand ambassador can show it to them.

They also get calls about the other vehicles in the lineup. And they do what they can to help.

Yes, the customer can go to a dealer, but what if there isn’t one nearby? Or they are reluctant to go.

“We are a human connection for people even if it’s virtual. It’s a way to reach out to people. And that’s important for me.”

Other than pointing out the MSRP, they don’t talk price and financing. They leave those issues to the dealer.

When a customer is ready to go to a dealer, the brand ambassador sends the dealer the notes of what they have discussed, so the sales person doesn’t have to waste the customer’s time repeating something they have already discussed.

The future after Jan. 31

Michael Epstein, Manager, Digital Marketing at Nissan Canada said that while the Studio would be moving out at the end of January, the display will pop-up elsewhere to showcase new product. But the future is digital.

The automaker is designing a facility that will be the Studio’s home. It will be able to house at least five vehicles as well as educate the shopper on Nissan services such as financing.

It will also be a stage for PR events and new product unveilings.

Epstein insisted the project isn’t aimed at shrinking the dealer’s role – quite the opposite.

“The key part of this is the dealer. We spent a lot of time teaching the dealers what the studio is and what it isn’t. What it’s not is a replacement for the dealership experience, where consumers can touch and feel the product and experience the vehicle on test drives.”

He added the role of studio staff is to help the customer navigate Nissan.ca, where they can build and price the vehicle of their choice, but “when it comes to bottom line price, that’s not a Nissan Studio conversation.”

He said COVID didn’t force the automaker to tackle the project. It was on the drawing board when the pandemic struck. What the pandemic did was accelerate Nissan’s digital evolution.

The key is studying the customer reaction to the project, learn from it and change the Studio to meet customer demands and then fashion a smooth transition to Nissan dealerships.

“Come back 12 months from now and I can guarantee that Nissan Studio will look entirely different from what it is today,” Epstein said.

As part of Nissan’s Global Experience Team, he knows that the project is being studied carefully by Nissan globally and that what Nissan Studio accomplishes here will influence Nissan’s approach to dealing with customers worldwide.

“Nissan Canada is the tip of the spear in the way we are implementing this, providing a way for people to connect with the brand that’s truly tailored to them. We look forward to evolving this concept further – bringing Nissan owners as well as new customers – closer to Nissan on their own terms,” Epstein continued. 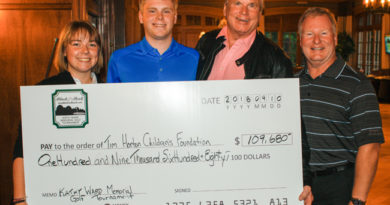 June sales a record-breaker for Subaru

July 3, 2015 The Premier Publications Team Comments Off on June sales a record-breaker for Subaru

January 23, 2012 The Premier Publications Team Comments Off on 2012 Forecast: Markets ‘soft, but positive’