It is no surprise that there is still a great deal of unease in Ontario’s dealer landscape because of COVID-19.

While dealer teams are happy that the province has slowly begun to reopen and that vehicle sales are showing signs of starting to recover, many are expressing concern by the impact the months long near shutdown of the economy has had on the industry and what it means going forward.

To that end, the Ontario Motor Vehicle Industry Council (OMVIC) along with various industry stakeholders conducted a survey of dealers and vehicle sales associates to better gauge the impact of the pandemic – COVID-19: the Impact, the Opening and the Way Forward. The survey ran from June 4-11 and some 914 dealers completed the survey on how the pandemic impacted them from April 1 to May 31.

“We wanted to really understand the impact the pandemic had on businesses, what happened with their staff, how they are dealing with the recovery and where the dealers and their team see things going in the next 60-120 days,” said John Carmichael, CEO and Registrar with OMVIC.

One interesting finding that came out of the survey is how quickly many dealers transitioned to online vehicle transactions. When the province brought legislation shutting down all but essential businesses, dealers had to shut down their sales operations. It was to help stem the tide of the virus’s spread in the population. So dealers needed to pivot quickly to selling vehicles online and doing most F&I and transactions digitally. Before COVID-19 hit, some 25 per cent of franchised and independent dealer had the means to complete an entire vehicle transaction online. Of the dealers who responded to the survey, 73 per cent of franchised dealers and 44 per cent of independent dealers had now made the transition to online sales.

Carmichael said he was impressed by how quickly dealers and their teams adapted. Many took steps to make physical changes to their operation in order to protect staff and customers, purchased PPE for staff and over 70 per cent of the dealers surveyed said they appointed someone to implement and to ensure all COVID-19 protocols were followed.

Still, dealers expressed concerns going forward. One concern was the employment of staff. The pandemic resulted in layoffs, some temporary and some permanent. Fifty-nine per cent of dealers reported that over half of their staff was laid off. Over half of those dealers said they hoped to bring back some 25 per cent of that staff back in the next 90 days. Only about 39 per cent of those who ran a franchise dealership said they expect to bring back all of the laid off staff at the end of August.

What the survey also showed was that dealers all believed that the health of their businesses going forward would depend on how well the economy performed in the coming months and consumer confidence going forward.

“The survey shows that our registrants are appreciative of the various programs offered by provincial and federal governments,” Carmichael said in a release accompanying the publication of the survey results. Other measures dealers wanted to see to help the industry were a deferral of property taxes, rent relief, financial assistance relating to utilities, interest-free loans and other economic recovery options may be useful in the months ahead during the recovery phase. 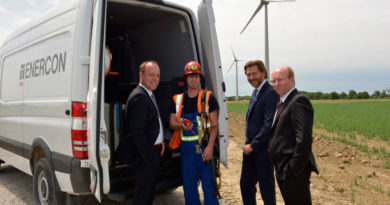 ENERCON and M-B Canada power up with new Sprinter 4x4s

June 24, 2016 Lawrence Papoff Comments Off on ENERCON and M-B Canada power up with new Sprinter 4x4s 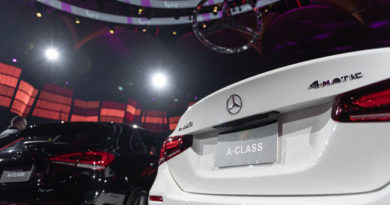