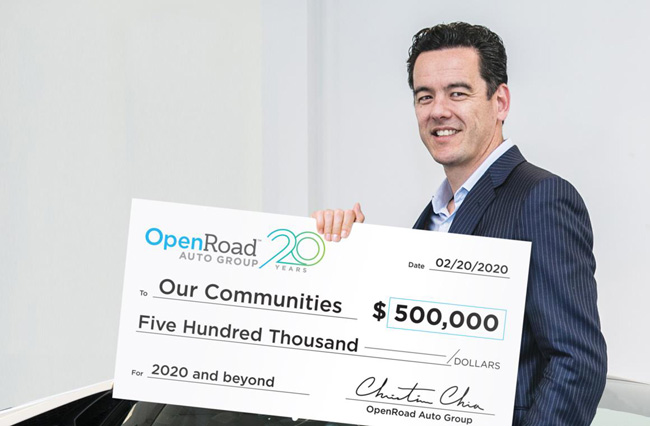 OpenRoad Auto Group is kicking off year-long festivities to celebrate the company’s 20th anniversary by announcing a new charitable program that will benefit a range of local non-profit organizations chosen by staff and customers with a total contribution of $500,000 by the end of 2020. The initial phase of the program will see over $100,000 given to 18 local charities selected though an in-dealership voting system at OpenRoad’s 26 B.C. dealerships.

“When planning for our 20th anniversary we thought what better way to mark the occasion than by giving back and contributing in a way that will have a lasting impact on our community,” said Christian Chia, CEO of OpenRoad Auto Group. “We’re delighted support a range of non-profit groups and causes –causes that advocate for community, health, diversity, education, family and animal welfare– all chosen by our valued staff and customers.”

Since OpenRoad Auto Group was founded in 2000, the company has actively contributed to hundreds of organizations through the OpenRoad Cares program. The 20th anniversary charity initiative will be an extension of that program but will differ by empowering customers and staff to choose which local organizations within five regions of Metro Vancouver and the Fraser Valley will benefit.

Starting on March 9th, $20 from the sale of each car sold, up to 5,000 cars at all of OpenRoad’s 25 dealerships will contribute to the charitable fund. Customers will be able to cast their votes for their preferred charity. OpenRoad plans to present the donations to all 18 charities by June 30th. Additional 20th anniversary celebrations will include a group-wide 20th Anniversary Sales Event in April and various events and promotions every month throughout the year.

In 2017, OpenRoad expanded to the United States with the acquisition of Bentley, Lamborghini, Rolls-Royce and McLaren Seattle. In the last two years, OpenRoad has added Mercedes-Benz Surrey, Sunrise Toyota in Abbotsford and Peace Arch Toyota in South Surrey, both now rebranded with the OpenRoad name.

The automotive group most recently opened the first Porsche Now pop-up store in Canada and one of the first luxury car subscription services in the country with the launch of Portfolio by OpenRoad. 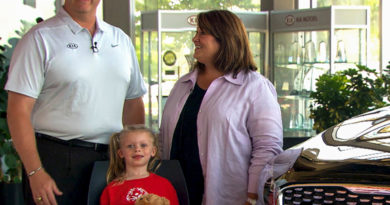