Deprecated: Methods with the same name as their class will not be constructors in a future version of PHP; CMBDWidgetCatWithNumber has a deprecated constructor in /var/www/canadianautoworld.ca/public_html/wp-content/plugins/cm-business-directory-pro/shared/classes/CMBDWidgetCatWithNumber.php on line 3
 Porsche Showcases New 911 Cabriolet – Canadian Auto World 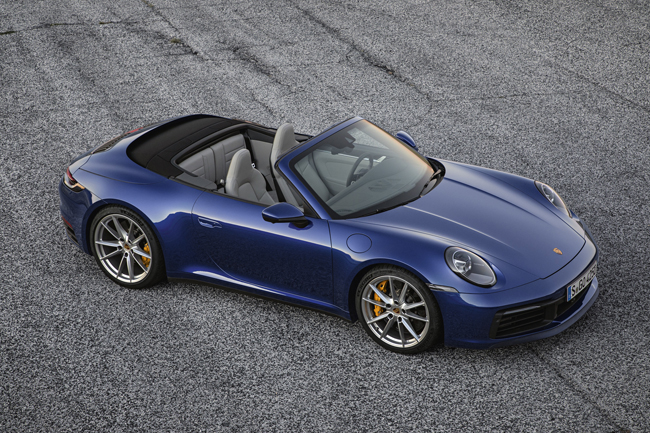 Porsche’s newest open-top 911 Cabriolet Porsche is continuing a decades-long tradition, established when Porsche unveiled the prototype of the first 911 drop-top in September 1981 at the International Motor Show. This new soft-top version of the iconic sports car will include all the innovative features of the Coupe, along with Cabriolet-specific advanced features such as new hydraulics, which get the roof opened and closed more quickly than ever.

The new model echoes the modern lines of the Coupe, though it remains unmistakably a Porsche 911 in Cabriolet form. The fully automatic soft top has an integrated glass rear window, while the structure contains magnesium surface elements known as bows, which prevent ballooning of the roof at high speeds. The soft top can be opened or closed at speeds up to 50 km/h. New roof hydraulics help reduce opening time to around twelve seconds, while an electrically extendable wind deflector ensures that necks are shielded from wind impact.

The 911 Cabriolet is initially available as a Carrera S with rear-wheel drive and Carrera 4S with all-wheel drive. Both rely on a twin turbocharged six-cylinder boxer engine with 443 HP at 6,500 rpm and 390 lb.-ft. of torque between 2,300 and 5,000 rpm. The drive efficiency has been increased by way of an improved injection process; other optimization measures have also been implemented, such as a new layout for the turbochargers and charge air-cooling system. The power is delivered by a newly developed eight-speed dual-clutch transmission. The Carrera S Cabriolet accelerates from zero to 100 km/h in 3.9 seconds (with optional Sport Chrono Package: 3.7 seconds) and can reach speeds up to 306 km/h. The Carrera 4S Cabriolet’s proposes a top speed of 304 km/h and achieves the 0-100 km/h in 3.8 seconds (with optional Sport Chrono Package: 3.6 seconds).

The new engine mounting position provides the Cabriolet with even more torsional rigidity than before. For the first time, Porsche Active Suspension Management (PASM) sport chassis is available for the 911 Cabriolet. The springs used for this are stiffer and shorter, the front and rear anti-roll bars are more rigid, and the chassis overall has been lowered by ten millimetres. These adjustments give the 911 a more neutral feel on the road, with better weight distribution. 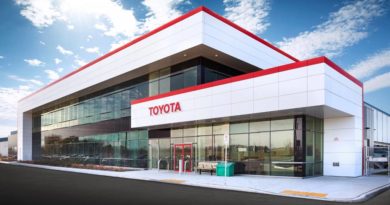 December 16, 2010 The Premier Publications Team Comments Off on Honda Canada not involved in massive Fit recall 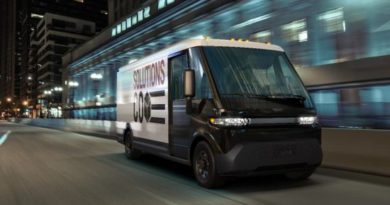