MONTREAL, QUE. – Nissan Qashqai is carrying some heavy expectations in the trunk.

After 10 years in other markets and more than 3 million sales globally, Nissan Canada is hoping the compact SUV with the quirky name and bright colours can help drive volume here and bring new buyers to the brand.

Qashqai’s timing could be perfect as Canadian drivers continue to flock to the compact SUV segment. Of course, the most obvious criticism is that Nissan is simply dividing pieces of the pie it was already going to be served.

The brand’s SUV family now consists of Juke, Qashqai, Rogue, Murano, Pathfinder and Armada. The size steps between Juke, Qashqai and Rogue could mean cannibalization of sales by the flashy model from Europe.

Not so, said Brent Smith, chief marketing manager for crossovers at Nissan Canada.

“When we do our research on where Canadians are buying different vehicles at different sizes and at different price points, we see a very different buyer demographic for the Rogue versus the Qashqai,” Smith said during a media event for the vehicle held in mid-June in Montreal.

“They are targeted to very different segments.”

Nissan data shows most Rogue buyers are suburban families with one to two kids. They need the space for seating and to haul people and stuff.

In terms of Qashqai, the market is in between – a person or a couple, very unlikely to have kids who likely live in a city or urban setting who want a smaller vehicle able to manoeuvre around tight spaces but one with cargo space when they need it.

The secondary target market is as a second vehicle for a family and even aging Baby Boomers looking for a ride with higher ingress and egress and something with enough space to toss in a child seat for a grandkid.

Timing
Qashqai hits the market at an interesting time for Nissan. The brand recently wrapped its Power 88 corporate strategy, which drove impressive growth both nationally and globally over the previous six years.

Announced in 2011, the plan sought to earn eight per cent of the global market share and increase its corporate operating profit to a sustainable eight per cent by the end of fiscal year 2016 (Nissan’s fiscal year ends in March).

Nissan launched 13 new or completely redesigned vehicles over that time period and Infiniti brought six new units to market. Along with the nameplates there was 10 new technology features debuted, an entirely new vehicle nomenclature introduced for Infiniti and a new connected services program now available on 80 per cent of the lineup.

The dealer network grew in kind with 14 Nissan and eight Infiniti rooftops added in Canada.

Into this comes arguably one of the most important vehicles in a long time for Nissan, the Japanese-made Qashqai.

Nissan Canada president Joni Paiva said he couldn’t commit to a number regarding market share or sales expectations, but that didn’t stop him from hinting exactly what he expects out of Qashqai.

“I can tell you that Qashqai will definitely be our second-best selling model after very quickly right after Rogue,” he said.

The Market
Nissan reps said Qashqai is straddling two segments when it comes to competition. On the sedan side, it is going up against the likes of Mazda 3 Sport and VW Golf; on the compact SUV side there is Honda HR-V, Mazda CX-3 and potentially the upcoming Ford Ecosport.

Helping it stand out, they insisted, is a long list of features and available options bolstered by its cargo space, safety systems and the all-wheel drive option.

“Some of our competitors don’t have the same feature content that we have in the vehicle,” Smith said, noting that sales started officially in mid June.

Likely also helping to boost interest is the low starting MSRP of $19,998 – though it should be noted that is for the Canadian exclusive 6-speed manual transmission; the price for the SV FWD trim, which will likely see much of the volume, starts at $24,598.

A larger marketing push will start in early summer with a billboard campaign and a television spot. Early advertising content has been centred on the unusual name. Canada, incidentally, kept the quirky handle while the U.S. retitled it Rogue Sport. Nissan Canada executives said it saw strength in the name and despite the awkward spelling – not having a U after the Qs – has helped make it more memorable.

Perhaps the most important ace in the hole for Qashqai is the market it is driving into. Canada’s compact SUVs have been on fire of late having taken over from compact cars as the largest segment in the country. Nissan figures peg the segment as owning 22 per cent of total industry volume last year.

Only time will tell how much of that segment Nissan can carve out with Qashqai. 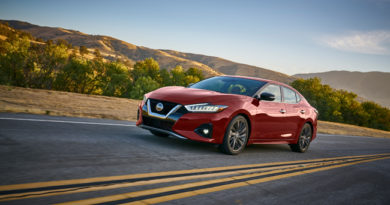 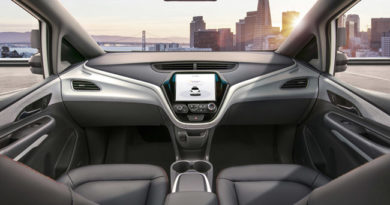