Scotia Economics is predicting a strong recovery in its latest auto industry forecast for 2010.

The bank says a cyclical recovery in global auto sales commenced last spring and will continue to build momentum through the end of 2009 and the beginning of the new year.

Emerging markets like China, India and Brazil are expected to lead the way, but don’t discount the North American market, the report says.

“Global car sales will continue to be buoyed by the ongoing massive and synchronized monetary and fiscal stimulus, which has generated a global economic recovery, including improving auto lending across the globe,” explained Carlos Gomes, senior economist with Scotia Economics. “In fact, we estimate that auto loans across major markets bottomed in the first quarter of 2009 and have improved consistently alongside a thawing in global credit markets and falling interest rates.”

According to the report, improving access to credit and a return to three per cent growth in the global economy will enable 2010 car sales to recapture roughly half of the ground lost over the past two years, setting the stage for record volumes in 2011.

Vehicle purchases in the United States have reversed the downward sales trend, with volumes advancing above a year earlier since August alongside a nascent economic recovery.

“Going forward, purchases will be bolstered by rising incomes, improved pent-up demand and record new vehicle affordability,” Gomes added. “Income from private sector employment has been advancing since April 2009, and unemployment insurance claims are now at the lowest since September 2008. Strengthening used car prices, currently 19 per cent above a year earlier, will also encourage some households to replace their aging vehicle.”

Vehicle scrappage is an even more important driver of sales in Canada, and will underpin purchases of 1.53 million units in 2010, up from 1.45 million this year.

“On average seven per cent of the Canadian fleet is replaced each year, however, the scrappage rate slumped to less than six per cent in 2009, as the global economic downturn prompted Canadians to tighten their wallets and continue to drive their aging vehicles,” he said.

“An improving economic outlook has recently lifted the confidence of Canadian households more than 50 per cent above the late-2008 low, prompting many to begin returning to auto dealerships.”

China became the world's largest auto market in 2009, surpassing purchases in the United States. Car sales in China surged by more than 40 per cent to 7.3 million units in 2009, driven by government incentives including a reduction in the sales tax to five per cent from ten per cent for small fuel-efficient vehicles with engines less than 1.6 litres. Government incentives, rising household income and a low penetration rate will lift sales by 20 per cent to nearly 9 million units in 2010. 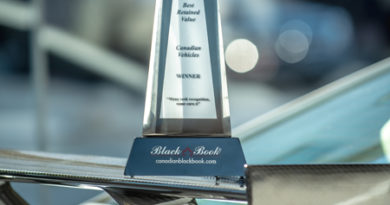 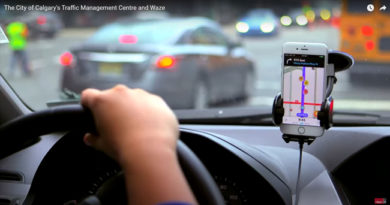 The City of Calgary Partners With Waze For Cities Data Program

April 29, 2021 Tom Venetis Comments Off on The City of Calgary Partners With Waze For Cities Data Program