GRIMSBY, ONT. – Terminated Pontiac dealer Robert Slessor insists he and the group of 21 dealers suing General Motors of Canada “did not give up the fight” by accepting an out of court settlement earlier this week.

“It’s been a long road,” Slessor told Canadian AutoWorld about the decision. “It’s been 15 months of protracted litigation and we are generally pleased that we’ve been given an opportunity to move forward.”

According to published reports, as many as 10 GM dealerships that were a part of the suit claiming the automaker unfairly terminated their franchises last year will remain open. The remaining 11 have agreed to different settlement terms that neither Slessor nor Jonathan Lisus, a lawyer who represented the 21 dealers, could disclose.

“I can’t identify numbers, but can confirm my dealership had not been reinstated,” Slessor continued. “The issue has been resolved to the mutual consent of all parties within the group.”

Slessor and a handful of initial dealers first launched the suit against the automaker in late Nov. 2009. The group alleged GM of Canada had breached their franchise agreements when it handed out termination notices to 240 dealers in May of last year.

GM had claimed the move was a necessary part of a larger restructuring program that saw its parent company enter bankruptcy protection in the U.S. along with the sale or discontinuation of four brands.

The agreement means the details will not be aired in a public courtroom and terms of the settlement will remain confidential.

A spokesperson for GM Canada has confirmed the settlement but has told news agencies that the automaker will not be commenting.

GM Canada still faces a second lawsuit from a group of dealers who signed wind-down agreements, but now allege that the agreements are invalid since the law firm giving them advice was also advising the automaker in discussions with the federal and Ontario governments about a bailout.

Two other lawsuits in Quebec have also been filed.

For Slessor and his Grimsby, Ont. dealership, the plans for the future remain a little murky, if not optimistic.

“We plan to remain in the automotive sales and service sector. We are investigating all the opportunities that would allow us to do that in the Grimsby market and we are actually excited about some of those plans coming forward,” he said.

“There is a certain emotional attachment, being a general motors dealer for 55 years. We’ve informed our staff and worked through those emotions yesterday and they understand our plans moving forward.”

When asked if he felt the fight was worth it, he paused before saying that both parties are satisfied with the outcome.

He also had a retort for any media outlets that have reported he will be leaving his dealership: “It is important for our customer base to understand that we are not departing the market, we are not closing,” he insisted.

“A lot of people have reported that I gave up the fight and am closing, that’s highly inaccurate, we didn’t give anything up, we simply decided to settle with General Motors on a mutually agreeable settlement. We will still remain active in marketplace and be able to service our customers.

-With files from The Globe and Mail 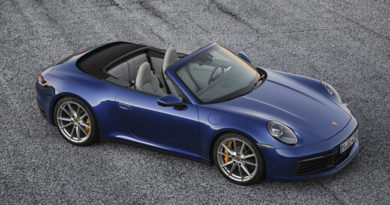 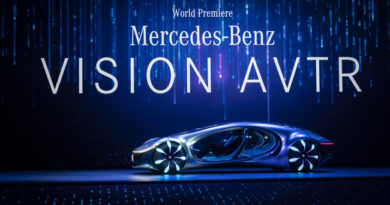