ARJEPLOG, SWEDEN – It’s one thing to launch a new vehicle, but quite another to give it spirit.

This has been the driving force behind the 2018 Kia Stinger and the man for whom this car is the realization of more than six years in gestation – Peter Schreyer.

Schreyer came to Kia more than a decade ago as a designer and it was his hits like the Forte, Sportage, Optima and the impudent Soul that literally changed Kia from a producer of cheap and cheerful small cars into a world sales powerhouse.

For his efforts, he was named Kia global president, while keeping his chief designer title.

Fast-forward to this year’s auto show in Detroit and the world debut of the Stinger, an all-wheel-drive fastback sedan with dramatic, flowing lines and a purposeful stance.

At a press conference for Canadian auto writers, he was asked whether the Stinger was a “halo” car – meaning a flagship model.

To this he said the K900 full-size luxury sedan was the halo or flagship model. The Stinger, he said, was all about making a statement of what Kia is and where it is going.

I came away thinking Stinger is more than a statement, but a departure from Kias that have gone before and the ones to come.

Six years is a long time, but it is essential that Kia get it right because Stinger has to be a car people aspire to own, much as they do for its many competitors including BMW 4 Series Gran Coupe and Audi A5 Sportback.

All of this led me and one other Canadian 740 kilometres north of Stockholm, Sweden, to the town of Arjeplog in the heart of Lapland and the site of Hyundai/Kia’s winter testing facility.

Covering hundreds of hectares, it is operating by Mobis, the main parts and logistics supplier to the Korean automakers. The facility consists of a track, split pavement/ice road, buildings, a restaurant and a frozen lake about the size of Lake Simcoe, all of which is owned and operated solely by Mobis.

Two British journalists both asked why it was really necessary to test in the winter – and they were soon to find out.

Stinger is being built in rear- and all-wheel-drive configurations, but I suspect Canada will only see the AWD because most of its rivals offer some form of AWD.

Out on the ice, the handling and braking of the Stinger were prodigious during a number of exercises – one of which was going through a slalom set of cones. The drivetrain is set up to run in two modes – Comfort for more stability and grip and Sport, which lets it handle more like a RWD car.

In Sport it is 10 per cent more responsive and the paddle activated transmission shifts 30 per cent faster, which resulted in me averaging 43 km/h through the cones in Comfort and 52 km/h in Sport.

The most revealing part involved getting up to about 80 km/h and slamming on the brakes. With winter tires, not studded, the Stinger stopped as though we were on pavement, not a sheet of ice.

A whole lot of fun was to be had when we were allowed to go out and toss the Stinger around to test the capabilities of the stability and traction control to snap us back when we started to spin.

You had to contra-steer like mad into the direction of the spin, but the system worked every time, much I must say, to the amazement of our UK colleagues.

Flinging the Stingers around and watching all the engineers driving heavily camouflaged SUVs (probably the next Hyundai Tucson), the size of the facility and the round-the-clock testing is hugely expensive, but it’s a price Hyundai/Kia is willing to pay to constantly stay ahead of the curve.

Kia’s slogan is the “Power to Surprise” and they did it to me once again with the scope of its testing procedures.

May 6, 2010 The Premier Publications Team Comments Off on Nissan announces recall over airbag issue 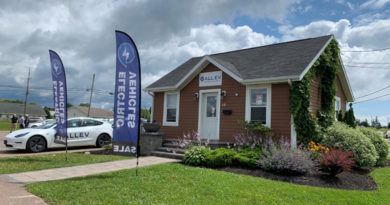