“We began implementing a new strategy four years ago in response to the changes that were happening in our industry. It has made us far more resilient and adaptable to change. It's also created new opportunities as a result of the recession.”

The challenges facing the automotive industry have been significant. Automakers have increasingly demanded more while insisting on paying less for the equipment and services they received from their Tier 1 suppliers, who, in turn, began placing the same demands on Tier 2 suppliers like Warren Industries.

These stringent requirements presented Warren Industries with a choice: innovate or stagnate.

“Every time we ran into one of these obstacles, we were forced to go back and reevaluate our processes to see what we could do better and where we could reduce costs” Freedman says. “We also needed a way to differentiate ourselves from our competitors.”

Why waste a crisis?
Warren Industries did what many business experts advise – it didn't waste a crisis. It's a point that Jean-Réné Halde, president and CEO of the Business Development Bank of Canada (BDC), stresses whenever he meets with businesses – there is difficulty but also opportunity in turbulent times.

“Whether it's a recession or a downturn in your particular industry sector, don't assume you can wait until the storm has passed before taking action. It may be too late” Halde says. “Use these setbacks to get aggressive now. It can be a great opportunity to build market share.”

Too many companies, he warns, “go into hibernation” when times are tough. They cut costs, conserve cash and act as if they're on the verge of bankruptcy when, in reality, their balance sheet is still solid enough to reposition the firm.

Warren Industries, for example, has had to endure some painful body blows since the recession began: the troubles of General Motors and Chrysler contributed to a 45% drop in sales. Despite the losses, Freedman wasn't about to start circling the wagons.

In addition to bolstering its engineering capacity and developing proprietary technologies, the company is taking advantage of the economic downturn to negotiate better lead times and prices with hungry suppliers. It's also developing new partnerships and purchasing machinery and other equipment at bargain-basement prices.

Even before the recession, Freedman and his team realized it was no longer good enough to simply stamp out and assemble other companies' parts. They needed to move up the value chain by adding engineering expertise that allowed them to develop their own proprietary products.

The result was transformational. Warren Industries evolved from a Tier 2 company making other companies' products into a Tier 1 supplier that began developing innovative and highly engineered products that it can now sell directly to customers.

“Any time there is dislocation in an industry, there's opportunity. We were already on a path and the recession actually made it all the easier for us because some of our traditional competitors have gone into bankruptcy protection” Freedman says. “Our biggest problem now is finding a way to support all the growth we are experiencing.”

Halde adds a few other suggestions for companies that are ready to go on the offensive:

o Reinforce relationships with clients and suppliers. Reassure clients you're a dependable supplier who will be there for the long term, and confirm that your suppliers are stable. “Now is not the time for unpleasant surprises.”
o Boost operational efficiency. In times of crisis, employees are open to change and galvanized to help.
o Rethink the business model so that the offering is truly differentiated.
o Attend industry trade shows: “They're a great way to make new contacts, develop new markets and find out what's happening in your industry.”
o Understand the services available from organizations like BDC and Export Development Canada, that can help grow a business in difficult times.
o Form an advisory board of two or three people. “It can be a wonderful source of fresh ideas, and bring skills sets that are often out of reach for many small businesses.” 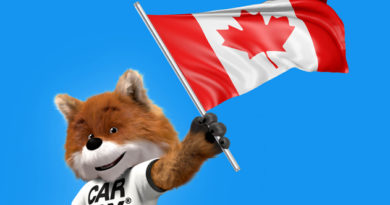