Some vehicles were recalled for more than one problem.

One of the recalls affects 360,963 cars and SUVs with a spiral cable assembly that can be damaged when the steering wheel is turned and then, potentially, prevent the driver’s airbag from deploying in a crash.

The spiral cable assembly is in a large range of models, including the Corolla, RAV4, Matrix, Yaris, Highlander, and Tacoma, that were from various model years.

The Corolla and RAV4 models are built at Toyota’s plants in Cambridge and Woodstock, Ont., respectively.

No injuries or crashes have been reported.

But two reports of fires are linked to one of the problems — a defective engine starter that can keep the motor running.

The engine starter wasn’t named in either of Toyota Canada’s recalls.

The Pontiac Vibe is also involved because Toyota and GM made cars at the same plant in California and the recalled model is the same as the Toyota Matrix.

It was recalled for a problem with a spiral cable attached to an air-bag.

It is unrelated to a separate GM recall over ignition switches linked to at least 13 deaths.

In Canada, the company is recalling 152,438 vehicles for seat rails that may not click into position after an adjustment increasing the risk of injury in a crash.

Toyota Canada said that recall affects certain models of the Yaris hatchback, Yaris sedan and the 2010 model of the Scion xD.

Toyota was embroiled in a massive recall crisis in the Canada and the United States starting in late 2009 and continuing through 2010, covering a wide range of problems including faulty floor mats, sticky gas pedals and defective brakes.

In response, it has become quicker to recall cars. 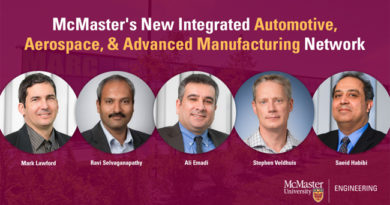