Toyota says it will debut an electric version of the RAV4 at the Los Angeles Auto Show later this month.

Not much is known about Toyota’s new EV as manufacturer representatives are keeping a tight lip in advance of the world debut in a few weeks.

This past summer say a joint announcement between Toyota and Tesla Motors that both automakers had agreed to develop a RAV4 for the U.S. market by 2012.

At the time, prototypes were said to combine the current RAV4 with a Tesla electric powertrain.

In May, Tesla and Toyota announced their intent to cooperate on the development of electric vehicles, parts, and production system and engineering support.

In this latest release, Toyota says the RAV4 EV will debut during the shows two media day on Nov. 17 at the Toyota
booth. 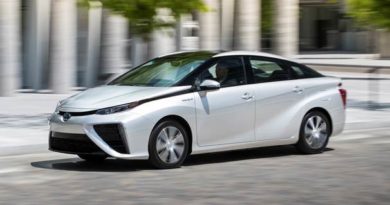 January 18, 2018 Jackson Hayes Comments Off on Toyota Mirai to hit dealerships this year