Toyota says Japanese production will run at 50 per cent from May 10 to June 3 as it continues to solve issues related March disaster that devastated the northeastern coast.

The company said it would decide on production after this period after assessing the situation of its suppliers and other related companies.

This announcement follow the automaker’s previously announced decision to produce vehicles at all its Japanese vehicle-production facilities from April 18 to April 27 at approximately 50 per cent of normal and for all production facilities to enter their annual spring holiday through May 9.

On this side of the Pacific, Toyota continues to adjust North American production due to parts availability following the March 11 Japan earthquake.

Over the next few weeks, Toyota’s North American vehicle plants are expected to operate on a reduced schedule, with production suspended on April 15, 18, 21, 22, and 25 (with the exception of Toyota’s Georgetown, Kentucky plant, which will build vehicles on April 21).

Most of the company’s North American engine and component plants will follow the same schedule.  Future production plans will be determined at a later date. 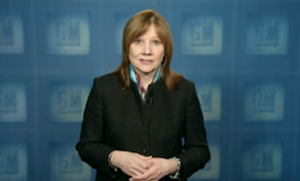 Washington looking for answers from GM as recalls mount

March 18, 2014 The Premier Publications Team Comments Off on Washington looking for answers from GM as recalls mount

May 13, 2021 Tom Venetis Comments Off on GuardTree Launches Subscription-Based Warranty for Used Car Owners in Ontario