“I selected Ford because we think the company is prepared to reward our members, make a commitment to continue manufacturing in Canada, and has a vision that we think is in the best interest of the industry and the economy,” said Jerry Dias, Unifor national president, speaking at a news conference streamed live on Unifor’s Facebook page. “Worldwide we have seen more than $300 billion dollars announced for electric vehicle production and not one dime is destined for Canada. Our members want that to change.”

For decades, it has been the union’s practice to strategically choose which of the three Detroit Three companies the union will negotiate with first—setting a pattern agreement for auto workers in Canada. There are multiple factors considered by the union, in consultation with the master bargaining committees, in making this decision, based on two key goals: building Canada’s auto industry and achieving the union’s bargaining objectives.

Once an agreement with the target company is ratified by members, bargaining shifts to a second company, and then the third.

“The Oakville assembly plant is the last of Ford’s assembly plants left in Canada and has no firm product commitment beyond the current generation of the Ford Edge. This is a significant problem for our members and it should be a concern for all levels of government,” said Dias.

“Our members are pleased to go first and want to forge their own destiny, which is why we have worked hard to build a productive relationship with this employer,” said John D’Agnolo, chair of the Ford Master Bargaining Committee and president of Unifor Local 200.

Unifor opened formal contract talks in Toronto on August 12th, with the theme The Future is Made in Canada. The union has repeatedly urged the federal government to create a comprehensive manufacturing strategy for the auto sector, given that every auto assembly job creates or supports as many as 10 additional jobs throughout the economy.

Scion adds to line up

April 6, 2010 The Premier Publications Team Comments Off on Scion adds to line up 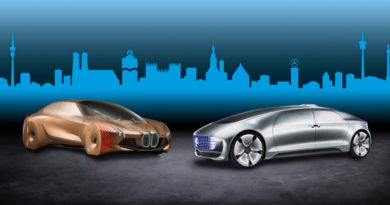 BMW Group, Daimler AG To Work Together on Automated Driving

July 4, 2019 Tom Venetis Comments Off on BMW Group, Daimler AG To Work Together on Automated Driving