Volkswagen has agreed to a landmark, $14.7 billion settlement of consumer lawsuits and U.S. government allegations that it cheated on vehicle emissions tests while in Canada parties to class actions are expected to offer a progress report to the courts by July 29.
“Our hope is to provide remedies to Canadians on pace with U.S. customers,” Volkswagen Canada spokesman Thomas Tetzlaff said in an email.

He said, however, that settlement details coming out of the U.S. court proceeding may not apply to Canada, although they will be a consideration for the Canadian discussions.

Terms of the U.S. settlement were revealed Tuesday in orders filed with the U.S. District Court in San Francisco. A separate resolution with U.S. states settles state-level consumer protection claims.

VW will pay just over $10 billion to either buy back the cheating diesel vehicles or repair them. It also will pay owners from $5,100 to $10,000 for their trouble. The German company also has to pay governments $2.7 billion for environmental mitigation and spend another $2 billion for research on zero-emissions vehicles in the U.S.

In Canada, the parties to proposed class proceedings are in discussions about potential settlement and remedies for affected vehicles, said Tetzlaff.

Once the parties reach a settlement customers would be informed, and the court would then schedule a hearing to approve the deal.

Tetzlaff noted that class action proceedings in Canada follow their own process and there is no legal procedure equivalent to the consolidated U.S. proceeding.

Nevertheless, he said upon EPA approval of repairs for affected U.S. vehicles the repairs would be offered to Volkswagen customers in Canada.

– With files from The Associated Press 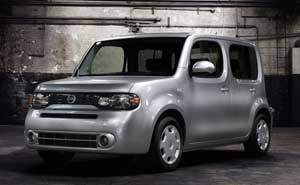