VW dealers in Canada will not have any diesels to sell to their customers. That will sting sales as the automaker says one in five of the cars sold here are diesel-equipped.

“We have issued, as of today, a stop-sale order to our dealers in Canada for all the affected vehicles. That’s pending resolution of this matter,” VW Canada spokesperson Thomas Tetzlaff said in an interview with the Toronto Star on Sept. 21.

It’s unclear how long the models will be off the market, Tetzlaff said.

“We’re working with our colleagues in the U.S. and Germany to develop a solution for this,” he said. He said the automaker was also cooperating with the regulators.

The Golf, Jetta, Beetle and Passat models affected all come with a 2.0 l engine.

VW Canada said cars already on the road are not being recalled, as the issue is not safety-related.

Environment Canada told Canadian AutoWorld in an email that “the government of Canada has implemented stringent emissions standards to address pollutants from new cars sold in Canada to help ensure clean air for Canadians in alignment with the U.S. EPA's standards.”

An agency rep went on to say that the moment the agency became aware of the issue, it “acted quickly to examine potential implications for Canada” and is communicating with the EPA and VW Group Canada.

The rep stressed that defeat devices were prohibited under Canadian regulations and the agency would prosecute violations.

But the rep went on to say the “effectiveness of a vehicle’s pollutant control devices is not a safety issue.” So the cars can stay on the road.

Michael Horn, president and CEO of VW of America, confessed the automaker had rigged its diesel-powered test cars to get round EPA testing.

“Our company was dishonest with the EPA, and the California Air Resources Board,” Horn said Sept. 21. We have to make things right with the public, our customers, our employees and … our dealers.”

Martin Winterkorn, chairman of the board of directors of Volkswagen AG, the parent company of the Volkswagen Group, said he had launched an external investigation after the EPA disclosed the violations. 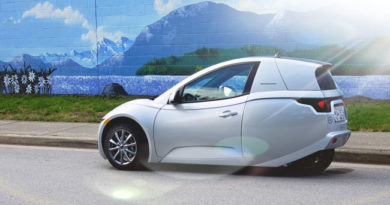