Car and light-truck sales posted a robust 7.4-per cent boost in October, though this October’s tally was based on one more selling day than last year. That makes it seven growth months in a row since the Canadian market bounced back from a losing streak in the first quarter.

At just under 1.5 million, the year-to-date count now stands 3.8 per cent ahead of last year’s pace. Beating last year’s score of 1.676 million looks like a done deal. Better still, the only 2013 can fail to topple the 2002 record of 1.703 million is if combined sales sag by more than 11 per cent in November and December. Possible, but not likely.

Either way, it looks like a safe bet that Ford Canada (up 10 per cent in October) will repeat as overall sales champion, albeit with a reduced margin over second-place Chrysler (up 3.9 per cent in October). GM’s own 9.9-per cent advance in October likely won’t be enough to lift it out of the Detroit Three basement before year’s end.

Cumulatively, Detroit outperformed the offshore brands in October, gaining 8.1 per cent vs. the others’ 6.8 per cent. That’s consistent with the year-to-date trend – Detroit up 4.2 per cent, everybody else up 3.5 per cent.

When the final analysis on 2013 is done, one theme may well be the way the recent remarkable run by the Koreans has stalled. Year-to-date sales for Hyundai as of October were up 1.2 per cent, well short of the market’s 3.8 per cent. Kia sales are down 5.9 per cent, leaving the Korean sister brands jointly 1.4 per cent in arrears. (That largely accounts for the imports’ loss of market share – the Japanese automakers have actually grown their sales 5.5 per cent YTD.)

Hyundai-Kia’s loss seems largely to have been Honda’s gain. Earlier this year, Hyundai’s Elantra compact was threatening to unseat the Honda Civic from its perennial passenger-car sales throne; now the Civic – after a hasty do-over for 2013 -- has a surely unassailable 6,600-units lead over its challenger.

Likewise, this time last year Hyundai as a whole was outselling the Honda brand and sometimes threatening to sell more vehicles than Honda and Acura combined.  So far this year, total Honda Canada sales have grown 11.5 per cent and the Honda brand has reclaimed its customary second-place import ranking (behind Toyota).

Over at Kia, the Rio subcompact is doing well but its other volume models – Sportage, Optima, and especially Forte – are significantly trailing their year-ago numbers.

Among the top-selling nameplates, the Ford F-Series continues to run away and hide from the rest. It set a new October sales record and has now sold more copies in the first 10 months than it did in all of 2012 – itself a record year.

The Ford’s rival pickups from GM and Ram are (in that order) left trailing in its wake. Most of the Top 10 rankings look set in stone by now, with the exception of a tight tussle for seventh spot.

As of September, the Toyota Corolla was about 450 units in front of the Ford Escape; after October, the Ford has edged past by 50 units.

More telling will be whether the Chevrolet Cruze in 10th spot can hold off the hard-charging Toyota RAV4, currently some 500 units behind just outside the Top 10.

New entries in the sales race included the BMW 4 Series (formerly 3 Series coupe) with 191 sold in October; interestingly, although the coupe’s numbers used to be lumped in with the sedan’s, the latter still posted a sales gain in October. Mitsubishi reported 209 sales for the Mirage in its first full month,

As well, Mazda3 sales spiked 52 per cent as the redesigned 2014 model hit the street, Chevrolet sold five times as many Corvettes as it did last October … and Jeep reported 96 sales of its new, but launch-delayed, Cherokee SUV. 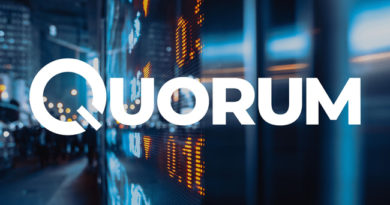 August 7, 2014 The Premier Publications Team Comments Off on Domestics boost auto sales to a July bonanza