One less selling day in August, and a 2.2-per cent sales gain to set a new August record – perhaps July’s almost-stagnant auto sales did not, after all, mark the beginning of the end of Canada’s remarkable auto-sales bull run – at least, not yet.

The uneven distribution of the winners and losers, however, is food for thought. In particular, August broke a 19-month growth streak for Subaru Canada; could Subaru be the canary in the coalmine?

FCA Canada, on the other hand, extended its streak to 69 months, but its August gain was only 0.4 per cent, an amount that calls to mind recent allegations that Windsor’s dealers “sell vehicles to themselves” to keep FCA’s growth streak – and its market leadership – going.

Still, FCA’s staying on top was made easier by a continuing losing streak for its closest challenger, Ford. Oakville has not had an up month since January this year (and that was only 0.4 per cent). With only four months to go, Ford is still almost 15,000 units behind FCA. This time last year, the gap was fewer than 1,500.

Sales of Ford’s top-sellers, F-Series and Escape, sagged 10 and 13 per cent respectively in August.

Meanwhile GM upheld Detroit sales in August with an 11.5-per cent surge, though that still was not enough to promote it out of third place – not even for the month, let alone YTD. A major driver of GMCL’s growth was its full-size pickups, which gained 19 per cent while sales of their main challenger, FCA’s Ram pickup, went south by more than 10 per cent.

Among the import brands, Subaru was not alone in losing sales – Mazda, Mitsubishi and Toyota Canada followed suit. But robust months for Honda (including 1,712 units of the new HR-V) and Nissan (Rogue) lifted the Japanese as a bloc to a 3.1-per cent uptick.

The Koreans continued to lose ground as sagging Kia wiped out a tiny 0.2 per cent gain by sister company Hyundai (Kia has had only one up month this year – back in March – and its YTD sales are down 5.3 per cent in an overall market up 2.3 per cent).

That left the European bloc showing strength in unity, up 10 per cent overall thanks to across-the-board growth ranging from BMW Group’s 1.5 per cent to Volvo’s 56 per cent. (Mind you, BMW brand sales fell, and it was strength on the MINI side that kept the Group in the black).

Volvo is riding high on sales of its all-new 2016 XC90 SUV following its first full model change since 2002.

Most European products are of course luxury marques, but it is noteworthy that non-European luxury brands – Acura, Cadillac, Infiniti and Lexus – also outperformed their mainstream sister brands in August.

Q1 complete with no sign yet of that record year

April 8, 2013 The Premier Publications Team Comments Off on Q1 complete with no sign yet of that record year 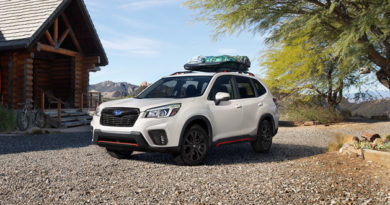