Though still lower than what many predict the market can tolerate, Canadian new-car sales finished strongly in 2011, up roughly two per cent over last year’s tally.

According to figures from DesRosiers Automotive Consultants Inc., more than 1.59 million vehicles were sold in 2011, up from the 1.56 million units last year. Despite being behind the 1.64 million units sold before the recession, the totals are encouraging amid economic issues in Europe and slowed North American growth.

Ford claimed the national sales title for the second straight year over provincial rivals General Motors and Chrysler. Propelled by the F-Series, which remained Canada’s top-selling pickup truck for its 46 consecutive year, total sales for the Blue Oval were up three per cent to 275,978 from 267,974.

Ford car sales were up 14 per cent, driven by the Ford Fiesta and the launch of the new 2012 Ford Focus.

Chrysler Canada also finished 2011 on a high note with a 12.7-per cent jump in combined sales for the year.

“For the second year in a row, Chrysler Canada was the No. 1 market share gainer in the country,'' president and CEO Reid Bigland said in a release.

Continuing a small slide was General Motors Canada, which finished down 1.7 per cent on the year.

On the import side, Europeans continued to gain ground while some Japanese automakers stumbled.

“Rarely have all European brands seen an increase in sales in any calendar year,” DesRosiers wrote in his sales analysis. “Just like how the 1990's were the decade for the Japanese and how the first decade of this century belonged to the Koreans, three years in, this decade is shaping up to be for the European brands.” 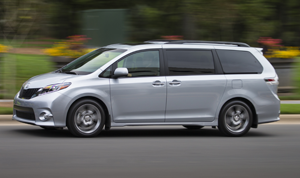 January 5, 2012 The Premier Publications Team Comments Off on Best-ever December for Subaru Canada