Subaru Canada set a new record for January as sales jumped to 1,876 units, up 7 per cent over the same month last year.

The 2012 Subaru Impreza, Outback and Tribeca all came in above last January's results, contributing to a record-breaking month overall for Subaru Canada.

The 2012 Impreza celebrated a new all-time record with 787 units, up 98.7 per cent over the same month last year. Sales of Outback and Tribeca models were up 6.1 and 3.3 per cent, respectively.

“This is a fantastic beginning to 2012 and we intend to carry on with this momentum,” said Shiro Ohta, president and CEO of Subaru Canada, Inc.

“The redesigned Impreza has been well-received, but we're planning exciting changes and additions to our model lineup. This year will definitely be thrilling and we'll certainly see even more excitement from consumers at the dealerships throughout 2012.” 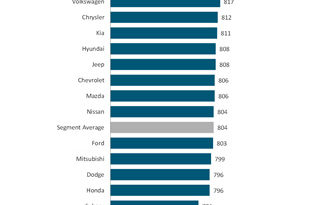