This year’s payback will be US$820 million.

This is not the first time the automaker paid its dealers for the losses they suffered when inventory didn’t move.

BMW started the paybacks in 2012 at about US$500 million as retail prices fell in pursuit of falling sales.

“This is the biggest subsidy we’ve had in China … because last year, dealers had the highest level of stockpile,” said Song Tao, deputy secretary general of the China Automobile Dealers Association (CADA), which represented the dealers in the negotiations.

Other dealers retailing other brands are negotiating with their OEMs. They complain that they have to buy too much stock, causing high losses as the market slows.

“Some of BMW’s dealers suffered big losses last year,” said Song, who represents BMW and Mercedes dealers at CADA. “It’s a common situation in the premium car market. It’s happening not just to one or two premium manufacturers, but to all of them.”

BMW said “BMW and its dealer partners are fully aware that the overall automotive market in China is normalising with growth … at a lower but stable pace.”

The dispute reflects growing tension between dealers and car manufacturers, whose pricing power was already under pressure after they were targeted last year in a Chinese government anti-monopoly investigation.

Dealers complain BMW, among others, makes them take on inventory based on unrealistic sales estimates.

To add to sales woes, Hyundai is building more factories in China while many cities are restricting car sales to battle gridlock and pollution.

China’s 2014 growth is estimated as the weakest in 24 years.

With files from the Financial Times and Reuters. 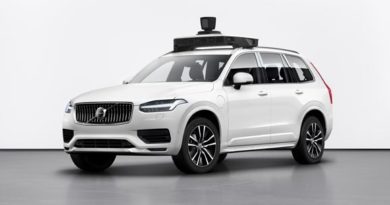 An extra selling day sustains the growth streak in June

July 7, 2015 The Premier Publications Team Comments Off on An extra selling day sustains the growth streak in June