Chrysler Canada is the 2nd best-selling manufacturer in the country after posting its best July sales in the company's history.

July sales were up 5 per cent versus one year ago, representing the 20th consecutive month of year-over-year growth.

“July was a remarkable month for Chrysler and it shows in our results. We announced a Q2 adjusted net profit of $181 Million, a 30 per cent increase in revenues to $13.7 billion and now our strongest July sales in the 86 year history of Chrysler Canada,” said Reid Bigland, president and CEO of Chrysler Canada.

Porsche Canada drops prices across the board

January 4, 2011 The Premier Publications Team Comments Off on Porsche Canada drops prices across the board 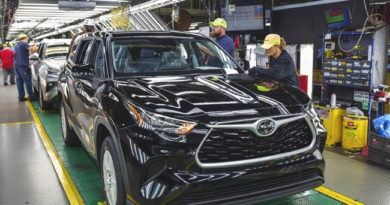